In week 21 the Hindi GEC Pay-TV category, we see Star Plus having a dream run as this week too we see it leading the category with 780mn impressions according to the television viewership data released by BARC India. Sony SAB on the 2nd spot with 690mn impressions followed by Colors on the 3rd spot week with 423mn impressions.

With not much difference in the positions with Dangal as usual leading the Hindi GEC Rural category followed by Big Magic on the 2nd spot and Star Plus on the 3rd spot. With Sony SAB and DD National standing strong at the 4th and 5th spots respectively.

Then for the 6th spot, we have Star Utsav and the last 4 spots on this category we have Sony Pal, Zee Anmol, Colors and Sony Entertainment Television. 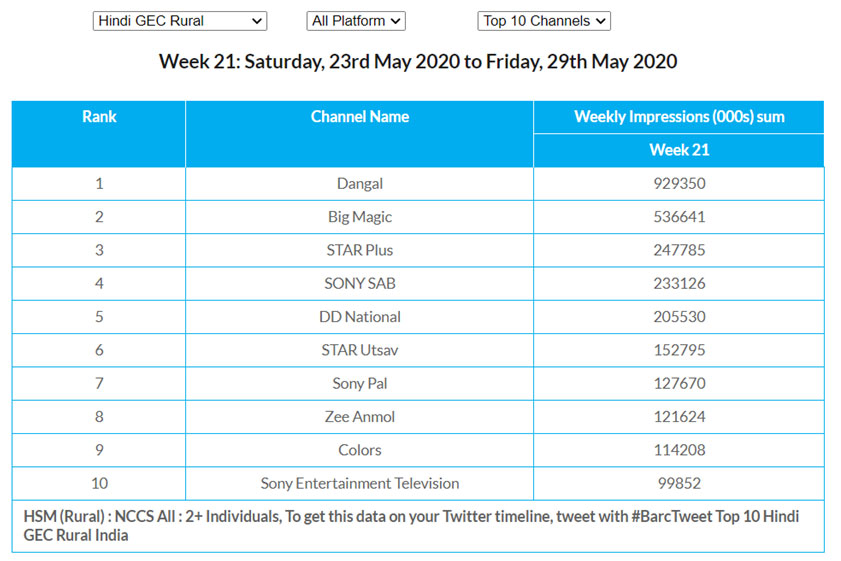 Star Plus dominating the Hindi GEC Urban category too followed by Sony SAB on the 2nd spot, with Colors on the 3rd spot, while Dangal makes a move up to the 4th spot making Sony Entertainment Television get down to the 5thspot.

For the 6th and 7th spots, we have Dangal and Star Utsav, and then we have Big Magic, Sony Pal, and Zee TV who are the last 3 contenders in this category. 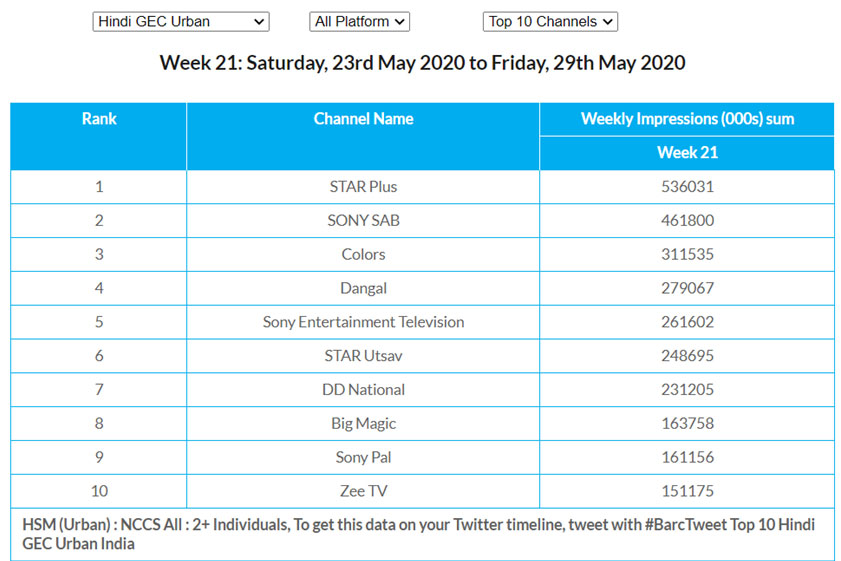 Mumbai: DealShare, the social e-commerce platform, announced the appointment of Venkatesh Tarakkad as Chief Financial Officer. He will be in...