Bisleri International Pvt. Ltd. launched Vedica, its natural mountain water in 2010. Vedica has now announced the appointment of actor Dino Morea as their brand ambassador. With the announcement, they also launched a unique Vedica glass bottle which put the spotlight on their design, unparalleled experience and brand message.

The campaign with Morea shot at Taj Falaknuma Palace, Hyderabad exudes luxury and showcases its opulent elements which tie back to the Vedica glass bottle. This campaign was brought to life to strengthen Vedica’s awareness in the rapidly evolving mineral water space, and to develop a strong position in the HORECA market.

Vedica Himalayan Spring Water is bottled at source through a precious aquifer. It was discovered in the foothills of Mount Kailash. It focuses on attracting consumers to develop a healthier lifestyle through conscious and easy changes in their routine. With a pH range of 7.3-7.9, it is high in alkalinity and helps neutralize acids and remove toxins. The existing brand portfolio includes Vedica PET and Glass bottles and will be available pan-India.

The ad film that has been launched represents Morea’s dashing elegance, and as a man who will not settle for anything but a life #FullOfAltitude. It will be released along with a 360-campaign covering digital, influencers, print, outdoor and television. 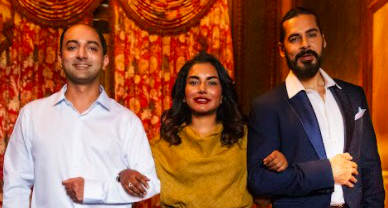 Speaking on the association, Dino Morea says, “Vedica is living well, having fun and being healthy. These are the values I have grown up with. I vividly remember working on an ad for Bisleri’s 500 ml bottle, early in my career. Therefore, I am thrilled to be the face of Vedica Himalayan Spring Water because it is a brand that resonates perfectly with my life and health goals, and I am glad to be a part of this adventure.”

Commenting on this, Jayanti Chauhan, Director, Bisleri International Pvt. Ltd. says, “Launching Vedica Himalayan Spring Water in a glass bottle has been one of my goals over the past decade. I am glad to have found a team, with whom I have a wonderful dynamic to create and launch this piece of art. Initially, Mr. Rais and I had a different train of thought regarding Vedica’s digital amplification. Through countless conversations and brainstorming, we concluded that a film would be the most impactful. We discussed on what the Vedica man would embody and therefore decided on associating with Mr. Dino Morea as I do believe he is someone who is truly #FullOfAltitude. I am extremely excited for the campaign which will help Vedica achieve new heights.”

Adding to this, Zafar Rais, CEO, MindShift Interactive says, “Our inspiration for the campaign has been the beauty of the Vedica glass bottle. From it, we derived an omnichannel marketing strategy that was opulent. We shortlisted Mr. Dino Morea as the ideal Vedica Man and conceptualized an ad film that brought out the essence of a life #FullOfAltitude with Vedica.”