Through the episode viewers will get a glimpse of the Indian Prime Minister’s love for the environment, as in freewheeling chat, he shares little known childhood incidents spent amidst nature. Some interesting anecdotes revealed through the episode include how he used to create bathing salts from dew as a child, or his encounters with wildlife in his childhood, or the simple yet profound reason behind sending postcards across the country to celebrate the first rains! PM Modi’s keen interest in environmental conservation and values of respecting nature, is sure to inspire generations of Indians to do the same. 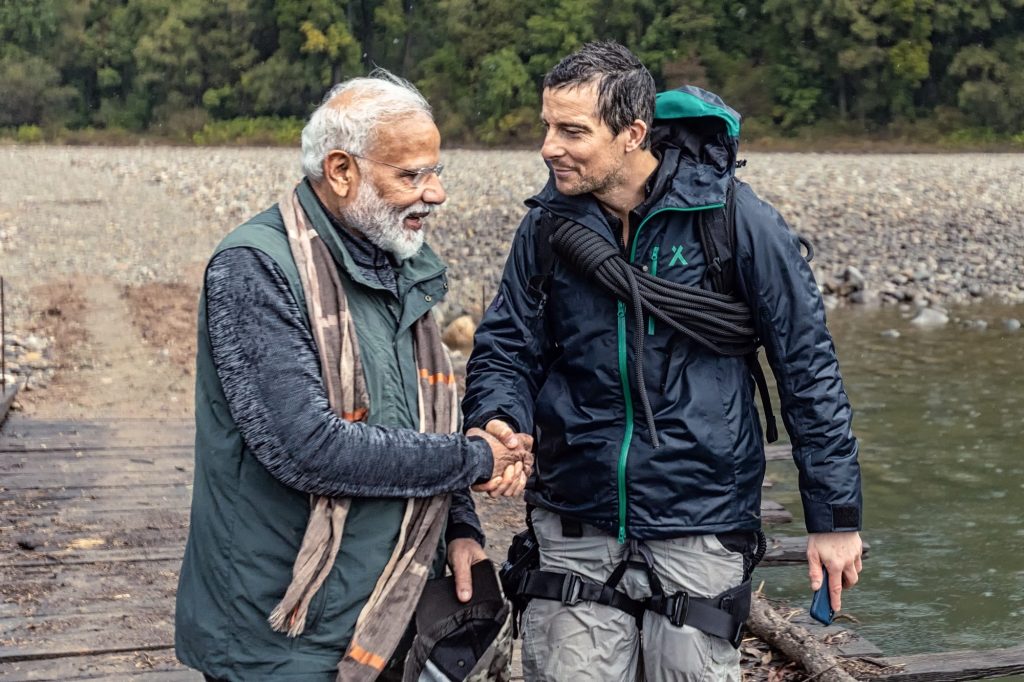 The Indian Prime Minister also shines spotlight on important issues like the need to preserve and embrace nature. Responding to Bear, when he points out evident dangers lurking in their vicinity (on account of wild animals), PM Modi fearlessly says, “We should not take this place as a danger zone. When we go against nature then everything becomes dangerous; human beings too become dangerous. On the other hand, if we co-operate with nature, then she also co-operates with us.”

When asked by Bear Grylls about the need and efforts towards cleanliness of India, the Prime Minister, said, “Someone from outside cannot clean my India, the people of India make India clean. Personal hygiene is in the culture of the Indian people. We need to develop the habit of social hygiene. Mahatma Gandhi has done lot of work on it and recently we are getting good success in this. I believe India will succeed in this very soon.”

Video link for the excerpts of the show: