From NFTs to trailer on Burj Khalifa: Dulquer Salmaan’s Kurup is changing the dynamics of movie promotions

Dulquer Salmaan starrer movie Kurup, which was the major release after the theatre reopening is smashing all major box office records. The film is raking crores in the box office and has become the fastest 50 crore entry in Malayalam.

Kurup has been grabbing headlines since the day of its announcement in 2018 as the film is based on the life of India’s most wanted fugitive Sukumara Kurup. He was accused of murder and faking his own death and tried to deceive authorities and police to collect an insurance payout of around Rs 8 lakh. He is credited as India’s longest wanted fugitive, Kurup is still missing and untraced since 1984. The film has been bankrolled by Dulquer Salmaan’s Wayfarer Films and M Star Entertainments.

As part of the movie promotion, the makers have released ‘wanted posters’ of Kurup featuring Dulquer Salmaan. The posters were placed in public places namely bus stands, railway stations etc, inside and outside Kerala. The ‘wanted posters’ were displayed in Malayalam, Tamil, Telugu, Hindi and Kannada languages.

During olden times, movie announcements and the theatre & show details were informed to the public using a microphone in a vehicle. With an objective to address the rural audience, team Kurup has taken the retro route for movie promotions.

“When the urban audience is addressed through digital media platforms, there was a question how the rural audience would be addressed, that was the time when the team Kurup came up with the ideas of wanted posters and microphone announcements. This promotional activity has worked well with the audience and the theatre bookings and collections speak for it. It is teamwork helmed by Dulquer Salmaan,” said Athira Diljith, PRO for the movie Kurup.

Kurup was the first Malayalam film to have its trailer screened on Dubai’s Burj Khalifa, the world’s highest tower. 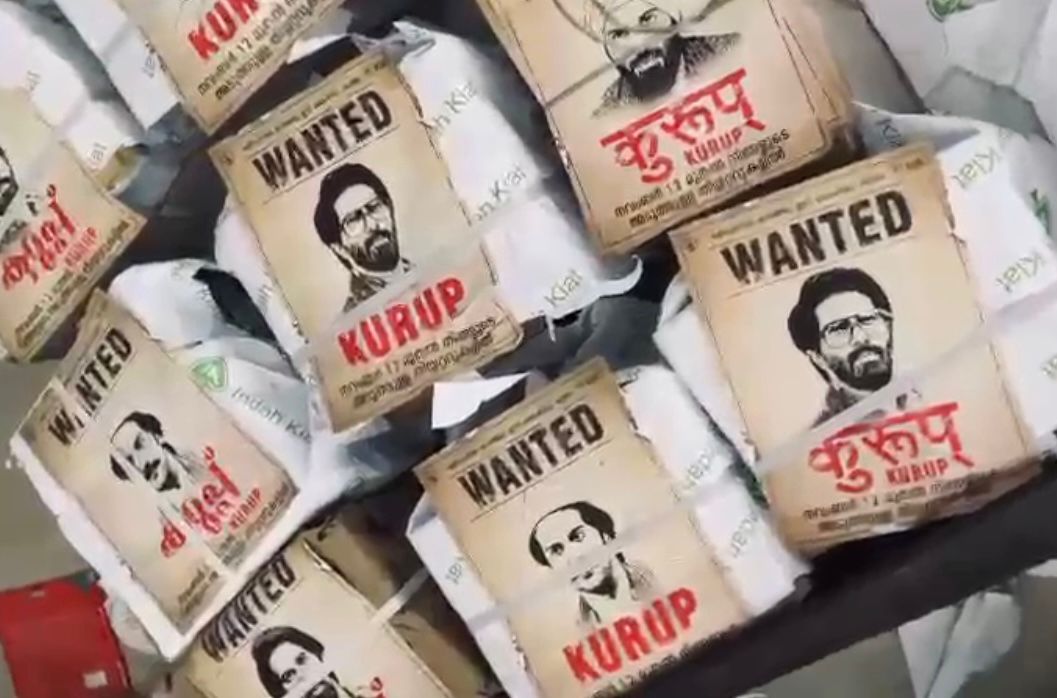 The streaming rights of the movie was acquired by Netflix for a whopping amount of Rs 40 crores, as per reports. The Malayalam movie trailer of Kurup has garnered 5.5 million views on YouTube.

It’s worth noting that Kurup has managed to smash all the box office records at a time when movie houses are only allowed to function with a 50% occupancy.