Beyond #WFH is our initiative to spread positivity and inspire our readers by inviting leaders and friends to share what they do to unwind and relax after they finish their work-from-home and work-for-home responsibilities during the lockdown.

While Covid-19 has had multiple impacts on business and Beyond #WFH is not about business, it’s about self-discovery, things that will give us the strength to get through the lockdown, and more importantly for those ‘moments’ that will stay with us for long and beyond this pandemic. PS: We are not talking business!

In this story of Beyond #WFH we bring to you, Vineet Bajpai, Founder & CEO Magnon\TBWA, and Magnon eg+ part of the Fortune 200 Omnicom Network.

Without great solitude, no serious work is possible – this is what Pablo Picasso had once said. If growing a Pablo Escobar mustache that one wanted to grow since the age of 18, and could never gather the courage to do it, is any measure of serious work, then I have cracked it.

As I negotiate through the seventh week of the lockdown, there are several realizations that have homed in on me. One, that the pain and suffering of those you do not even know can feel like your own pain. Whether it is the plight of the migrant workers or the disturbing news of people losing jobs and livelihoods all over the world, something hurts deep inside. 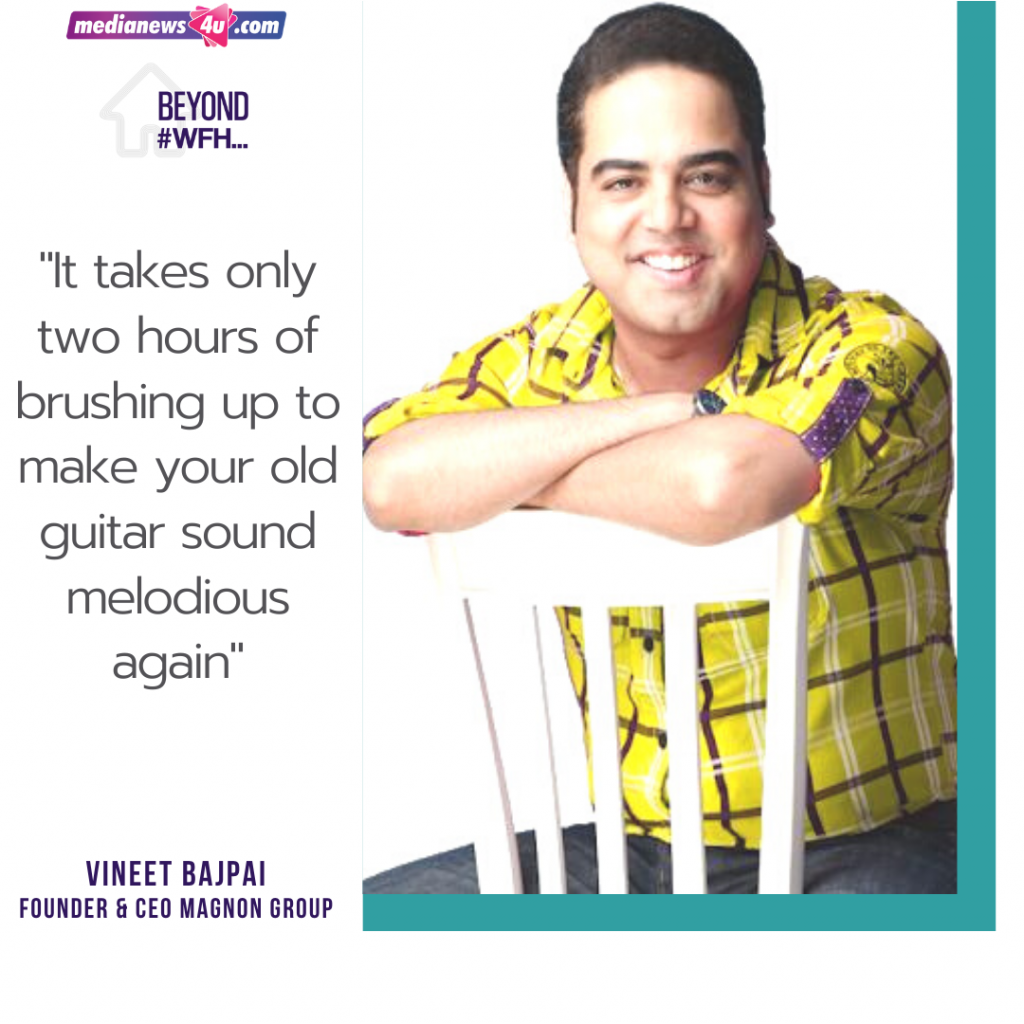 Two, that life can be traversed entirely with just four t-shirts, two pairs of shorts, and one set of pyjamas. Three, that a seemingly crashing laptop has the potential to inflict a myocardial infarction. For those of you who are not reading enough during the lockdown, that means a heart attack, you sillies. 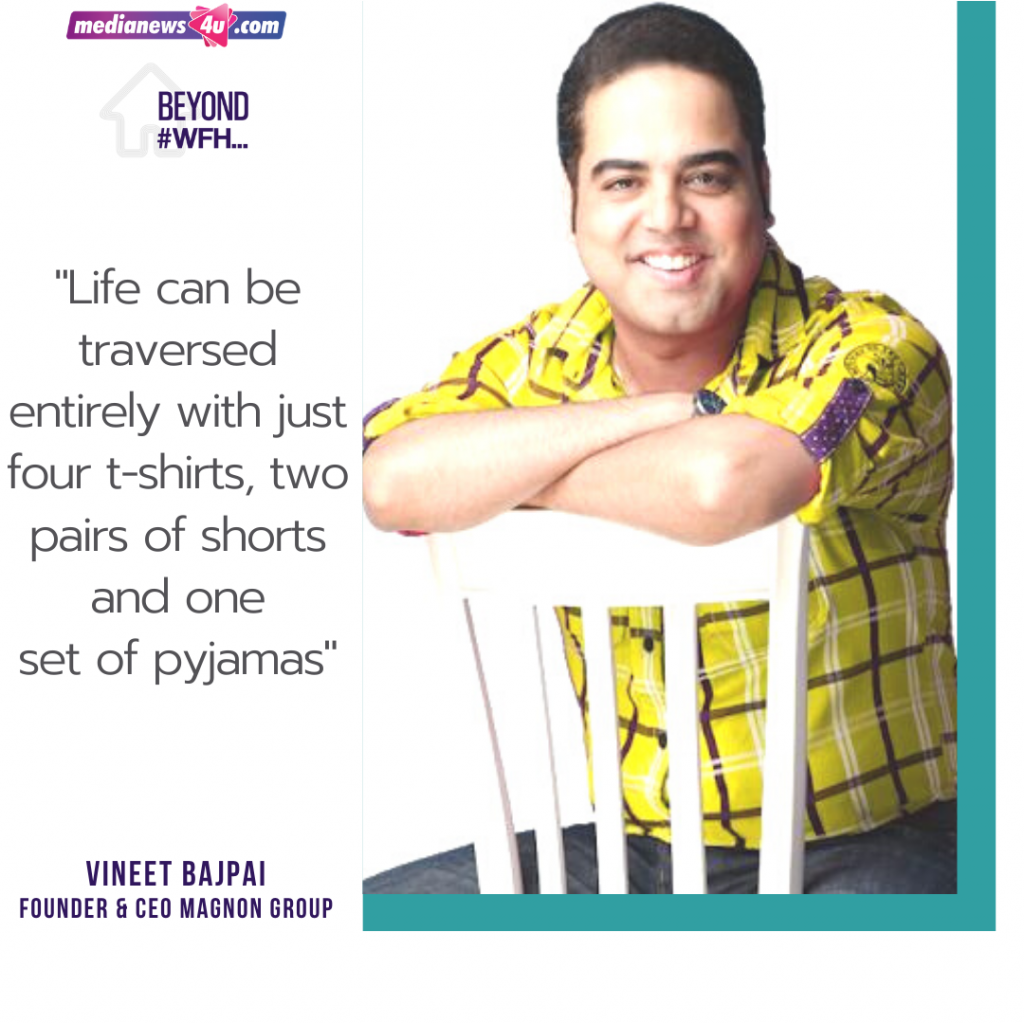 Four, you can cook the best Muradabadi chicken biryani this side of the Suez. Five, there was always a filmmaker hidden deep inside you. You just didn’t know about it. And six, that it takes only two hours of brushing up to make your old guitar sound melodious again. 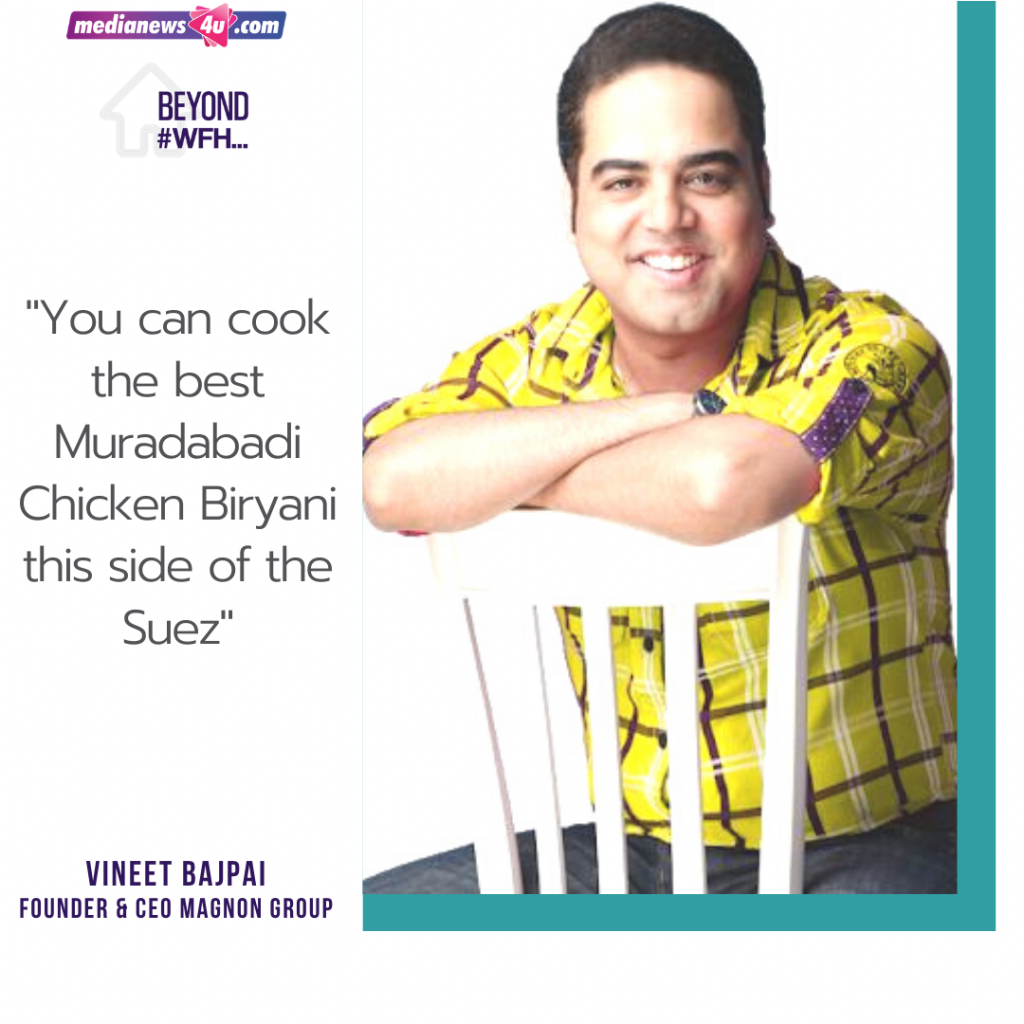 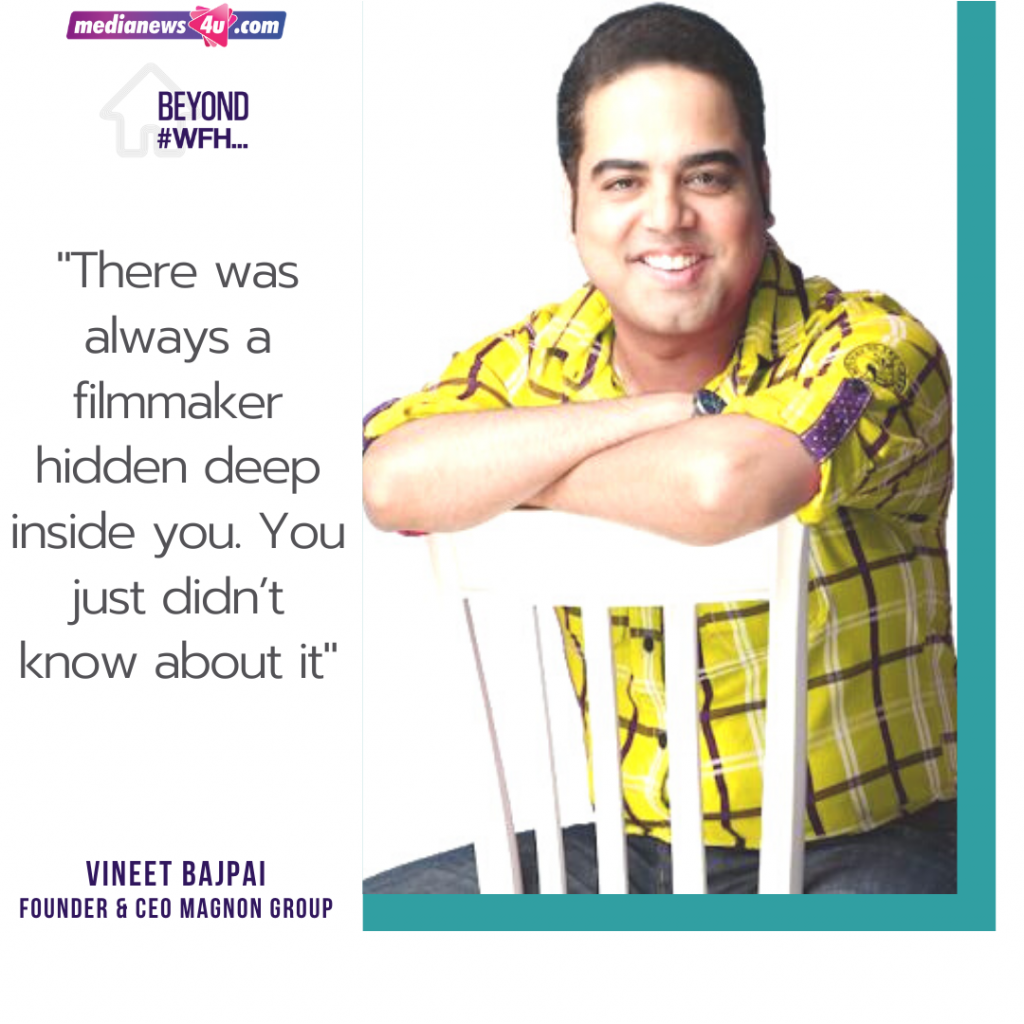 First things first, I am unable to connect with people who are forwarding jokes and memes about getting bored and not having anything to do during the lockdown. Like, seriously?? They are exchanging Netflix lists and comic book links! Who are these people, actually? Because here I am, blazing through the day with not a minute to spare. Client calls, video conferences, daily and weekly team reports, hundreds of emails, and catching up with the network’s worldwide leaders. On top of all that, the pressure of doing all those cute things that other men are supposedly doing nowadays, only to be promptly shared on WhatsApp groups by their seemingly lovestruck wives – photos of mostly sad-looking pav bhaji or unsettlingly dark-brown chhole, fully loaded with a mushy text on how ‘He’ made this for us today. Eeewwww! Okay, but that could just be me. Maybe you all like the digital PDA. To each his own.

So, coming back, the days are tightly packed with work. Our commitment to delivering the highest levels of service and value to our clients has acquired an all-new meaning in these challenging times. All 300+ of us at Magnon are delivering our best work, innovating energetically, and ensuring continuity come what may. But the dry pav and the greasy bhaji keep coming back to haunt. Ever the self-restrained chef, I one day chose to counterattack. And not with some weak vegan response – with nothing less than the legendary Muradabadi chicken biryani! What the recipe was and how much applause the biryani won are a thing of the legends. It should suffice to say that the world’s best biryani chef lives in Noida and works at Magnon.

But talent knows no bounds when one is burdened with the Da Vinci curse. Filmmaking was the next calling. A priority A+ client needed a film created via user-generated content. Cometh the hour, cometh the man. From conceptualizing the film with Magnon’s creative leaders to writing the script and working with the Talentrack production team on the execution, let’s just say that another bastion was conquered. The output reminded me of a dialogue that Gulshan Grover says in the 1995 movie Rangeela – mera competition yahaan ke directors ke saath hai hi nahi! Mera competition Spielberg Ke Saath hai! I now know what you meant, ol’ fella.

With advertising, entrepreneurship, authoring books, cooking the world’s best biryani, and making Spielberg sweat, all of that behind me, the next stage that beckoned was the world of music. A duty that has always been calling out to me, urging me not to leave the world bereft of my natural gift. The old six-stringer was pulled out, dusted, and put to good use. The video that went up on the Internet saw over 30,000 views! Nothing unexpected, I should say. Just that some comments were not the most flattering. Something about ‘a fake Pablo Escobar crossed with Cacofonix of the Gaul village from the Asterix comics’. But I didn’t pay attention. Even Sonu Nigam gets trolled, what the hell. Artists have always had to face jealous criticism.

So, all in all, the quarantine period has been a time for discovery of golden talents, albeit always shrouded in warm humility. If you must know, I did respond with smileys and clapping at the pav-bhaji photos.

Nykaa announces the appointment of Vishal Gupta as Executive Vice President for its Consumer Beauty Brands. With nearly three decades...

This Raksha Bandhan, BIG FM, the radio network in India, has once again joined hands with Gulf Superfleet Turbo +...