by Editorial
in Advertising, Featured
Reading Time: 2 mins read
A A

Surat City Traffic Police, a well-established entity within the city, with ‘iFollow’, aims at creating actual change and impact by striking the right chord with people through interactive communication both offline and online with the help of social experiment, social accountability and citizen appreciation.

‘iFollow’ is set to be a 3-week long campaign starting from 7th July 2020. The campaign is divided into two parts. In the first phase the agency shall be practicing social experiments and social accountability activities to create awareness about the traffic rules. And the final phase shall measure the impact of the campaign. 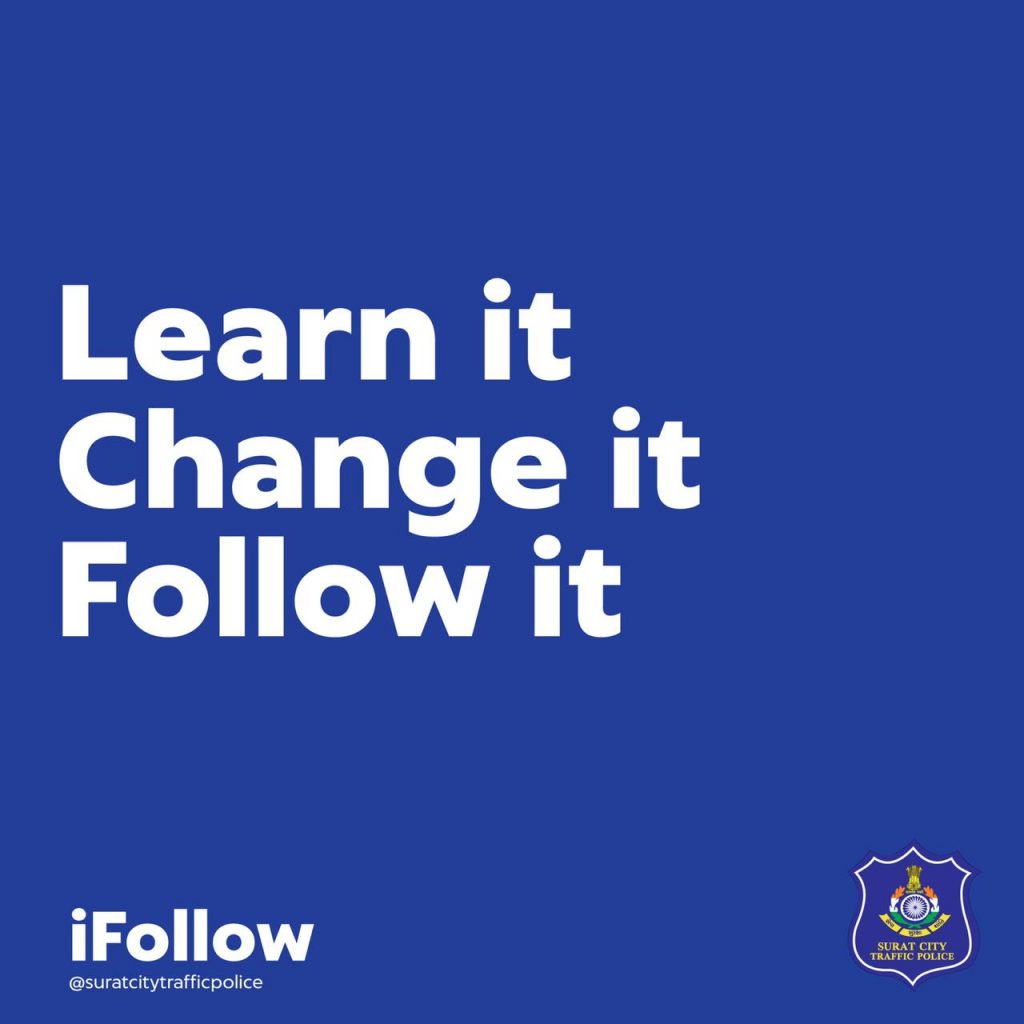 360 Degree marketing and branding solutions, Gemius is dedicated to delivering optimized marketing services by customising each effort taken. The agency has covered all forms of communication mediums in order to realize maximum potential of the word shared. From Vox-Pop interviews of locals to sharing Appreciation Tokens for following rules. The agency with the support of Surat City Traffic Police has reiterated the ‘Chalan’ or ‘Fine’ system for breaking rules with harmless yet effective Social Commitment in a fun way using Social Media.

Prashant Sumbe, DCP, Surat City Traffic Police said, ‘Surat is a city on the rise, but one thing that sets us back is the lack of following the traffic rules by our fellow Suraties’. There is a need for people to understand the urgency of following traffic rules instead of having a casual attitude towards them. With our initiative, iFollow, we aim to spread awareness and change people’s behaviour towards traffic rules and their implementation. After the heavy economic losses suffered by all in Corona pandemic, we have decided to be more inclined towards awareness than enforcement. We are optimistic about the impact of this positive shift in our strategy on people’s attitude towards traffic rules. During the three-week course of this campaign, we will be appreciating the followers and also acknowledging the offenders in a fun way. We hope to help and guide people to be better and responsible citizens.’

Saurabh Pacheriwal, Co-Founder & Captain, Gemius shares, ‘With this campaign, we aim to reach people in every nook and corner of the city. The impact of the campaign should be significantly huge as we have put in an incredible amount of effort and hoping for a positive outcome. We want to ensure that by the end of this month, each and every citizen of Surat is aware and is following the traffic rules.’