According to Digital TV Research, Global SVOD subscriptions will increase by 485 million between 2021 and 2027 to reach 1.69 billion. Six US-based platforms will have 988 million paying SVOD subscribers by 2027, up from 612 million in 2021.

Commenting on the reports, Simon Murray, Principal Analyst at Digital TV Research, said, “Our Netflix forecasts for 2027 are 29 million lower than our February update – at 253 million. Netflix needs to boost its content to counter its fresher and cheaper rivals.” 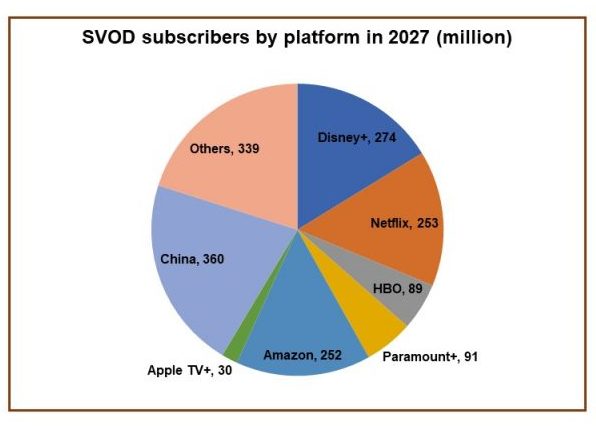 Netflix will remain the revenue winner, with $34 billion by 2027 – similar to Disney+, HBO Max and Paramount+ combined. However, the Netflix total is only $4 billion more than 2021 as subscriber growth decelerates and average revenue per user (ARPU) is squeezed.

slice, an Indian payments fintech company, announced the appointment of Sudeep Behari as its Business Head. Sudeep has an extensive...