The sample size of IRS 2019 is 3.27L households across India out of which urban sample size is 2.14L Households and rural is 1.13L Households. IRS 2019Q4 is the full-year report covering four quarters of a continuous and uninterrupted IRS 2019 fieldwork. 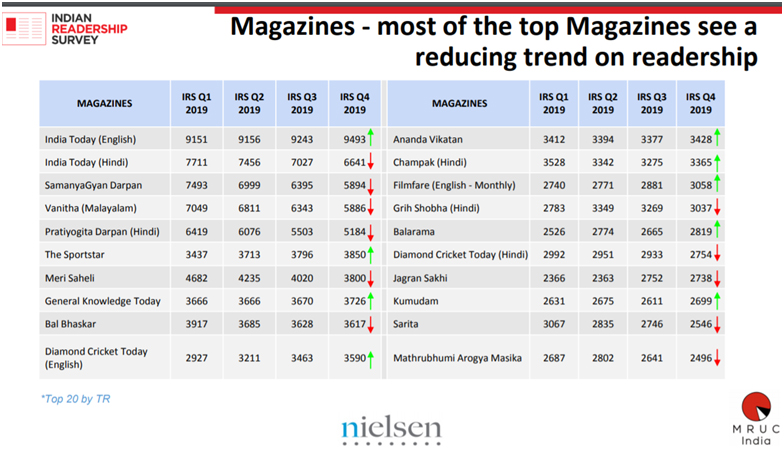 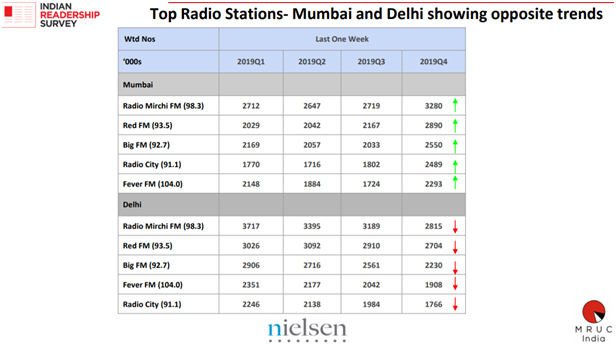 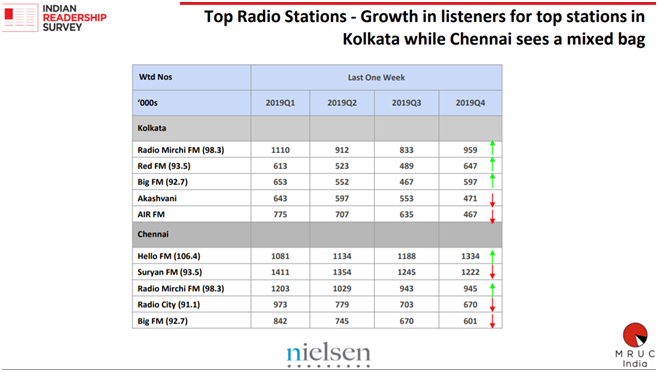 Bangalore too witnessed a similar trend with only Radio City growing in IRS 2019 Q4 while the remaining four have not seen growth.