Our aim was to be the go-to digital partner for content creators and also enable transparency across our business cycle for our clientele: Shahir Muneer, Divo

In less than a decade Divo Music has now become one of India’s largest multi-platform online video networks (aka as Multi-Channel Networks / MCNs) working as enterprise content partners with 50+ digital platforms like YouTube, Facebook, Amazon Prime Video, amongst other platforms, worldwide.

Recently the company partnered with Sony/ATV to expand its global publishing services in India. With this new partnership, Sony/ATV will provide publishing and administration services to Divo Music’s extensive community of songwriters, composers and lyricists and deliver new opportunities for their musical works on a global scale.

Divo’s initial years, 2012-2013 were more of a consulting role for me in my individual capacity, by 2014 January, along with Vishu Ramaswamy who joined me in 2013, we incorporated Divo as a company.

We setup a business model to help media companies’ monetise their content on YouTube using our tools and experience. Our aim was to be the go-to digital partner for content creators and also enable transparency across our business cycle for our clientele. We achieved some landmark milestones in the 1st year itself not just in terms of our clientele, which included leading TV channels and movie studios from Chennai, but we also live-streamed worldwide the world chess championship final between Magnus Carlsen and Vishwanathan Anand, which was one of the first non-cricket internet live-streamed global sporting event in India.

We then started looking beyond YouTube and moved to other video platforms as well to become a truly multi-platform video network. We also brought in a disruptive distribution and monetisation model for music copyright holders which resulted in various studios using our services to release major movie soundtracks. There have been major milestones in each of these areas, like getting to release soundtracks of AR Rahman’s 2.0, Achcham Yenbadhu Madaiyamada, Harmony with AR Rahman; 2019 getting the laurel of having India’s highest viewed music video and 7th in the world – Rowdy baby by Dhanush and Yuvan Shankar Raja; multi-crore brand partnership with Superstar Rajinikanth’s Kaala and Darbar; managing and growing over 70% of the top 20 comedy content creators in South India, to name a few.

Today, we have expanded our offerings and influencer marketing and branded content too, and plan to take this ahead aggressively starting next year. Every phase had its challenges and we have had our set of challenges too. In the beginning years,it was to establish ourselves as a credible voice of digital experts. Getting into the music industry has its own challenges where we were even questioned on what we know about the music industry to dabble into it. Bigger VC’s or MNC funded players looked at us as competition and tried to put money in front of our clients where we would likely lose.There was a lot of this, but we fought our way, remained persistent and that helped us grow year on year.

We kept our principles of transparency across our business and our primary focus on our service excellence, in mapping areas of what the industry required or lacked and strived at providing it. Being a bootstrapped company meant we had to grow organically and run lean.

This remains a constant challenge and a learning graph for us. We continue to do so, and it has been our drive for growth. 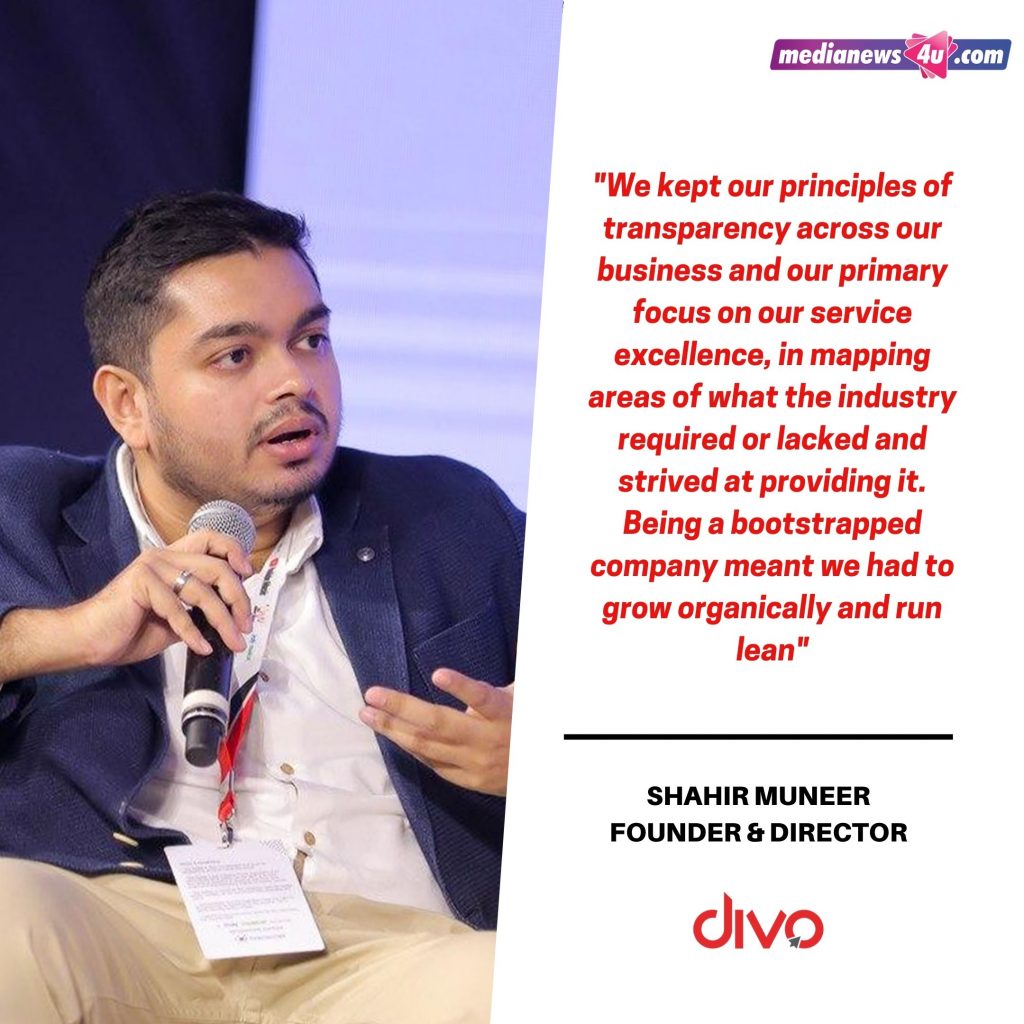 In the 8 years what have been the partnerships and associations?

We work with almost all the various online video and music services across digital streaming, radio, broadcasters, TV channels, performance and publishing societies, mobile operators, the whole works. We can proudly say that wherever there is a revenue source we are there. And any new online video or music service that launches in India, we are among the first set of companies that they reach out to. Some recent partnerships include our publishing admin deal with Sony/ATV, a first for an Indian company, working with brands like Junglee Games, Groww, Amazon Prime Video, etc 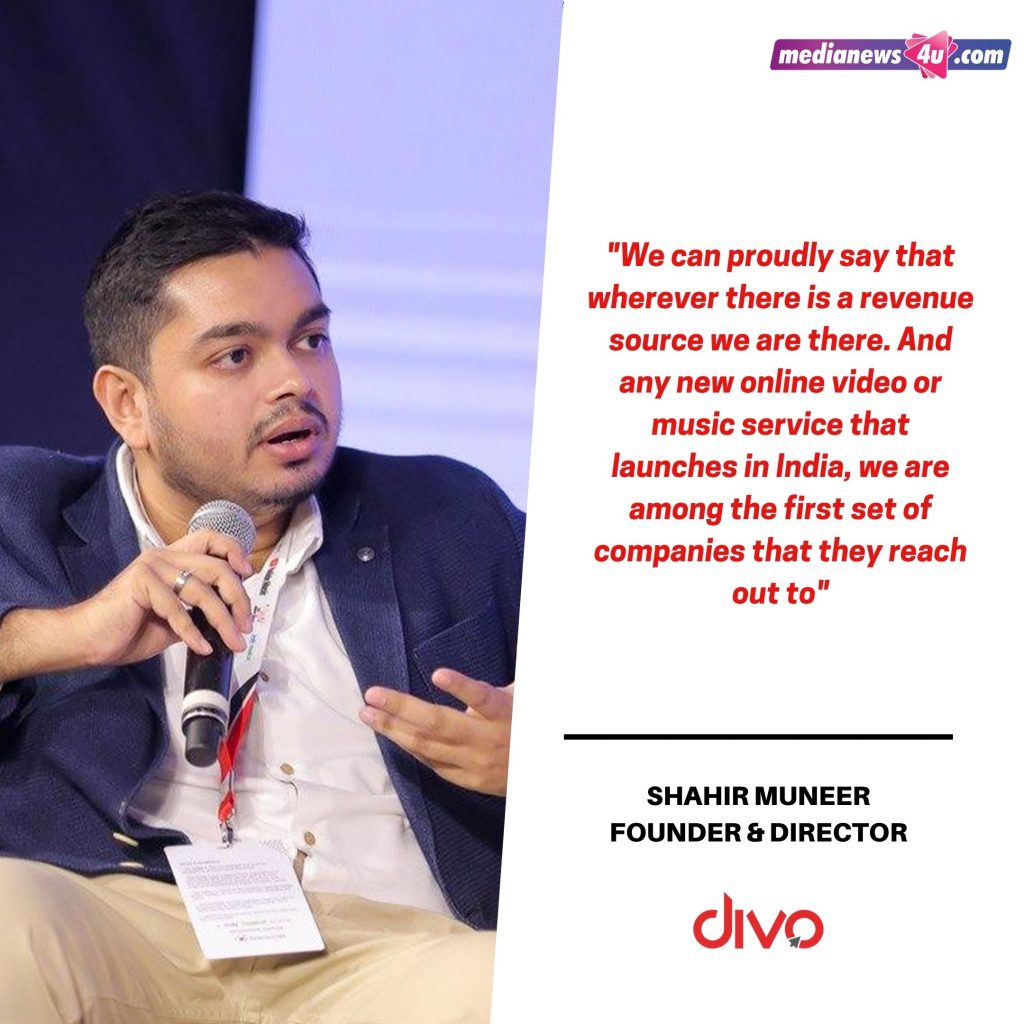 The South market and how has Divo made a name for itself there?

The South Market is too broad to be generalised into one market, each of the 4 languages has its own trends, nuances, players, and challenges. While Tamil and Telugu being the larger markets, Malayalam and Kannada have also grown tremendously.

In the online video space, I would say Malayalam is more mature as the state has a 90% internet penetration, the highest in India, so there is a huge number of online content creators across all the segments, be it comedy, food, beauty, etc. and all who are driving views in millions and generating ad and branded content revenue in 100s of crores annually.

Tamil and Telugu of course are a bigger market, and there is a lot of scope for growth. Kannada has been a bit behind but is now catching up, and Bangalore being a metropolitan city with a mixed language base, there exist challenges in content getting discovered in algorithmic-based platforms.

What are the music trends in the South Market?

Music, in South, just like in the Hindi market, is also fully movie driven. However,in Hindi, I would say with some help of Punjabi music, has resulted in more independent acts getting the numbers equal to films.

In the South, barring Kerala to an extent is film-star driven. While big name composers also have an impact but being film-star driven means that maximum exposure comes there. It’s honestly hard for independent artists to use music revenues alone for their livelihood income unless they have live gigs.

There are exceptions every once in a while, in every market with breakout indie acts like Chandan Shetty in Kannada, Hip Hop Tamizha in Tamil. However, despite that, I do feel regional music composers have given a much wider range of original music in their films over the last few years and continue to innovate to keep today’s current listeners hooked. Yuvan Shankar Raja for example has been doing film music for over 2 decades now and is yet been able to churn out Rowdy Baby which has been the anthem for everyone across all ages from kids and older. In this lockdown, where digital has seen a huge surge, how has Divo performed?

Yes, there has been a surge especially in online video than music, and we have seen more content creators joining the platform as well. It is a great time to be a content creator, as in the South, unlike the HSM. TV has never been a medium for them, so there is a huge consumption happening, and we are seeing a lot of YouTubers and influencers getting more popular in engagement than even movie actors.

Any plans to enter other markets?

Apart from the South, we are already present in the Hindi market. We have few Hindi movie rights holders who are our clients, and recently we have associated with Select Media as their digital and music partner for their complete monetisation and distribution of Ramayan and other mythological and iconic series. We are looking at more partnerships in the Hindi / Bollywood market, plus we are also launching a new pan India music service to cater to artists and labels, next year. 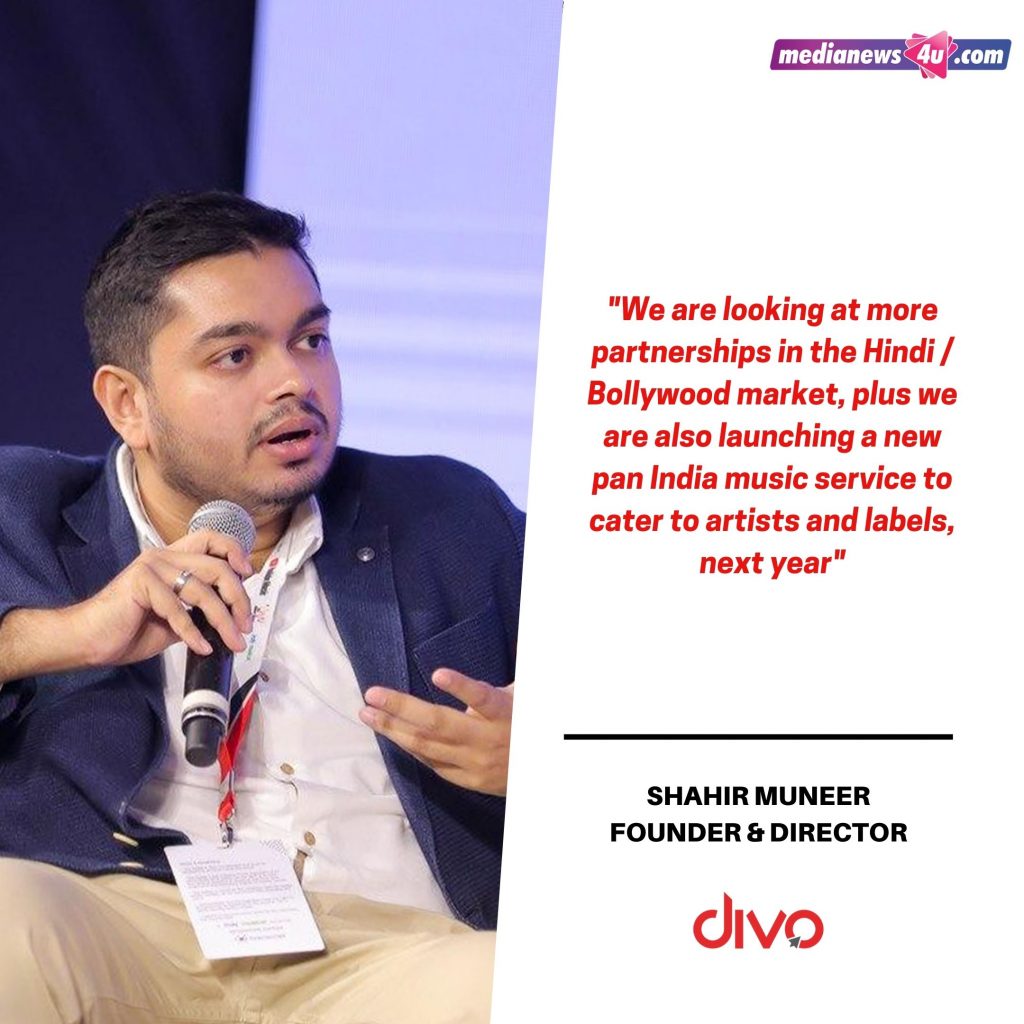 Where do you see yourself in the next 3 years?

We have 3 distinct services now, online video – music – branded content/influencer marketing. And while we have been working all under one umbrella, we will be growing them to be run as separate entities with its own leaders, managers, etc.

We are already among the top 3 providers for the said services in the South market, and we have every year since inception had nothing lesser than 100% growth year on year. We have been able to make our team grow in size, experience organically, and will continue to do so. 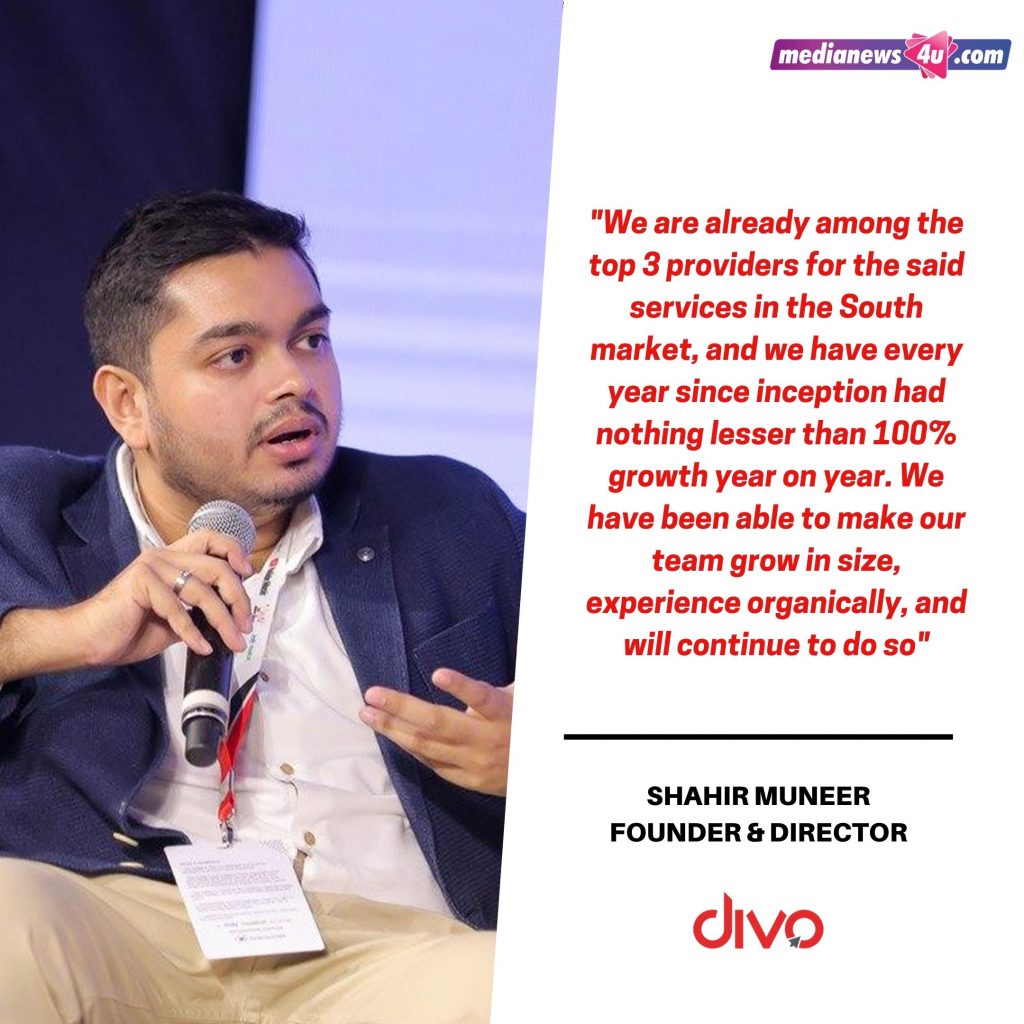