Analysts of the international fintech holding UnaFinancial revealed that more than half of internet users in the developing countries in South and Southeast Asia will be using digital financial services by 2025. Besides, by 2027 even digitally underdeveloped countries in the region will provide access to the Internet and digital technologies to 85% of the population.

As the development of online financial services largely depends on access to the Internet, the analysts made a forecast of the maximum Internet penetration for each country first. This level can be as high as 81-85% depending on the age structure of the population. 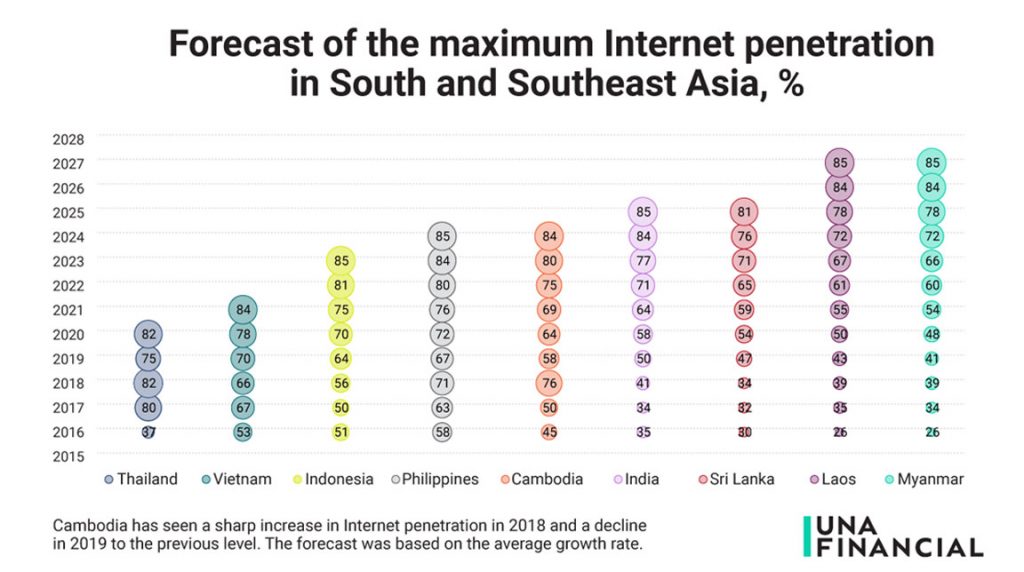 Taking into account the Internet penetration rate of the previous years, as well as the government measures towards digitalization and the impact of Covid-19, the analysts have predicted that Thailand, Vietnam, Indonesia, Philippines, Cambodia, India, and Sri Lanka will reach the maximum possible Internet penetration of 81-85% by 2025. The two remaining countries, Laos and Myanmar, will reach this level in 2027.

Given the year of the maximum Internet level for each country, the experts estimated the penetration of digital financial services. The forecast considered the share of the population having online financial accounts and the increase of financial inclusion during the previous years.

It revealed that in most countries, more than 50% of internet users will be using digital financial services by 2025-2027. In India, Thailand, the Philippines, and Indonesia the level of financial services penetration will be especially high – from 62% to 69%. Meanwhile, in Cambodia, Laos, and Myanmar it will be relatively low. In these countries, the development of online financial services can be faster if the government takes a combined approach to develop financial technologies in terms of the legal framework and increase of digital and financial literacy. 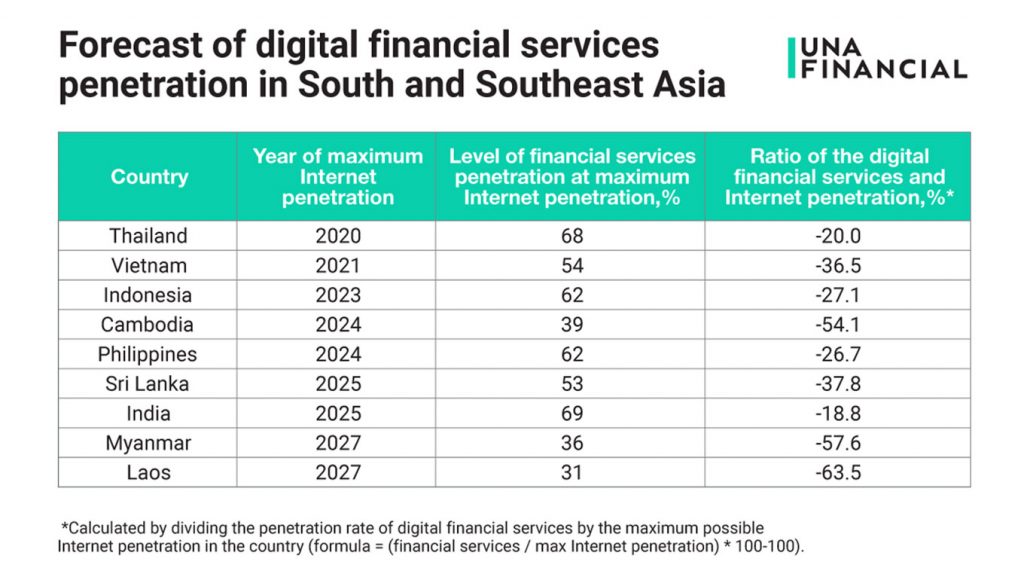