From 8 am on Sunday, the channel will beam LIVE across all cable operators, MSOs, DTH platforms and on digital feeds. The Network also released details of the channel numbers that Republic Bangla will be available on, across platforms. The Network also urged its viewers to contact their service providers and send a whatsapp to 7004698699 should encounter any trouble with regard to viewing the channel. 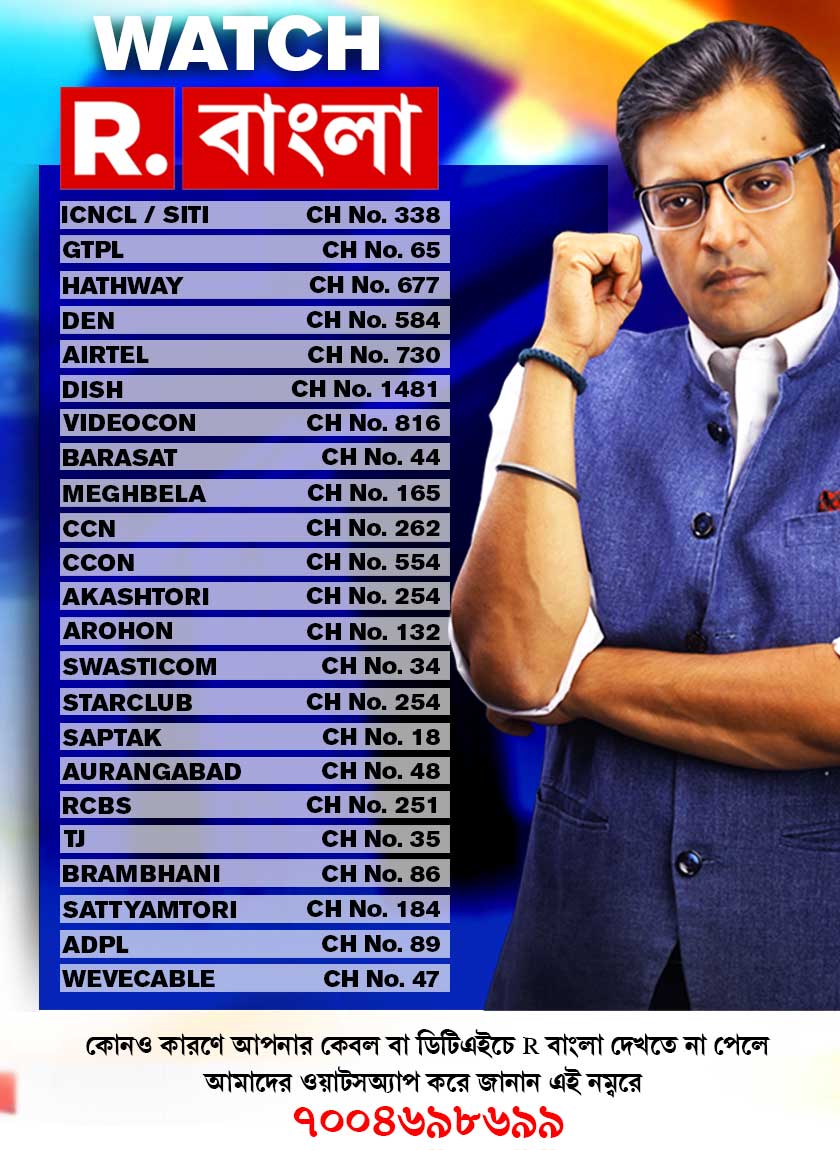 Making the announcement, Republic Media Network’s Editor-in-Chief said, “The Republic Bangla launch has been a turnkey project for the entire Republic Media Network with a record 65 day execution span. This launch is a result of the combined will, passion, determination, grit and hard work of the best professionals in the news media industry. I am so proud.”

“Never before in news media has a channel been possibly launched so swiftly. The launch is a testament to the drive of my colleagues at Republic Media Network. I am proud and humbled that India’s biggest news network will be broadcasting in three languages from tomorrow morning,” Goswami added.

Republic Bangla has already become one of the largest news organisations in West Bengal having recruited over 300 employees in 60 days. With reporting crews in every district of West Bengal, Republic Bangla will have the widest ground presence and deepest newsgathering ability in the Bengali news genre from the day of launch.

Republic Bangla has pledged to disrupt the Bengali news genre with breakaway formats, deep investigative stories, breaking news wheels and campaign-style journalism for causes that matter to the people.

The Network’s Editor-in-Chief Arnab Goswami will be anchoring ‘Jabab Chay Bangla’ in his signature debate format with innovations and additions – an announcement which has already generated a lot of excitement and anticipation amongst viewers ahead of launch.

Republic Bangla’s tagline “Kotha hobey chokhe chokh rekhe” has resonated with the people of Bengal and become a chant all over the world. The Tsunami of support has only pushed Republic Media Network further to deliver content and news in a way that has never been done before in the Bengali-news media space.

With Republic Bangla, the Network embarks on an endeavour to bring in a new era of Bengali journalism that is fearless, unhindered by agendas and uncompromising on the truth.

Republic Media Network is bound by the principles of seeking accountability of the powerful, reportage for the citizen, putting India first, and being uncompromisingly & unflinchingly nationalistic. This promise to put people first and the quest for the truth will carry forward with Republic Bangla.

“We are grateful for the trust that has been bestowed upon us both by the people of Bengal as well as our supporters across the world.  Your faith in Republic Bangla has been overwhelming. I, on behalf of my entire team, assure you that this channel is here to disrupt and bring in a new wave of journalism.  Republic Bangla pledges to millions of Bengali viewers across the world that it will put Nation First & News First,” Arnab Goswami said. 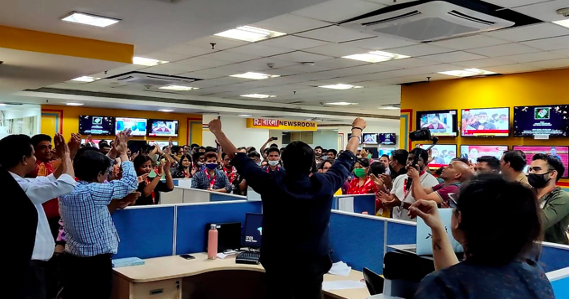 Republic Bangla will be Republic Media Network’s third channel in three years, and its foray into the regional broadcast news-media space. Republic TV launched in May 2017 and became the number 1 channel from the very first week. In February 2019, Republic Bharat was launched and soon became the Nation’s number 1 Hindi news channel. In addition to a broadcast channel in multiple regional channels, Republic Media Network has also announced its plan of launching a global media news channel.

Sudeep Kumar has been elevated to the role of General Manager- Media Solutions, Mathrubhumi Printing & Publishing Co. Previously he...

Global End-of-Year Forecast that shows a much faster expansion in the advertising industry than previously anticipated, driven primarily by growth...