The country went into a lockdown mode 50+ days ago, during this period of lockdown, most businesses are going through testing times and it has especially hit the entertainment industry the hardest. What with shootings coming to a halt, no fresh content etc., but the worst hit is the Producers whose movies were to release this summer. Some were big-ticket films and some small films.

Some of the Producers had taken a stand that they would release their films on the OTT platforms, even if the lockdown is relaxed, the theatres would not open for the next 3 months or so, however, sanitized the theatres would be, fear factor will be supreme and stop people from going to crowded places and theatres. A small producer has other implications and that was the main reason for this decision to release the films on the OTT platform.

Some theatre owners had a different take, INOX & PVR released a statement which was mildly threatening as to how the producers can take this call, this triggered a twitter war.

To get clarity on this issue on how the regional markets would be affected MediaNews4U spoke to Mahendra Soni, Co-Founder & Director, SVF.

Today OTT is seeing a spike of viewership, so some producers think it is the right time to release it on OTT, your thoughts?

Being a producer and hardcore big screen fan, I feel a little sad that a Bachchan film will not release in theatres. At the same time, we have not seen difficult times like this ever that possibly change every rule previously written of doing business. I am sure the makers must have taken the decision based on their respective commitments and trust me it’s a very tough one for them too. I hope some right formula would emerge at the end of it and every player in the whole ecosystem of movie business will be taken care of eventually. 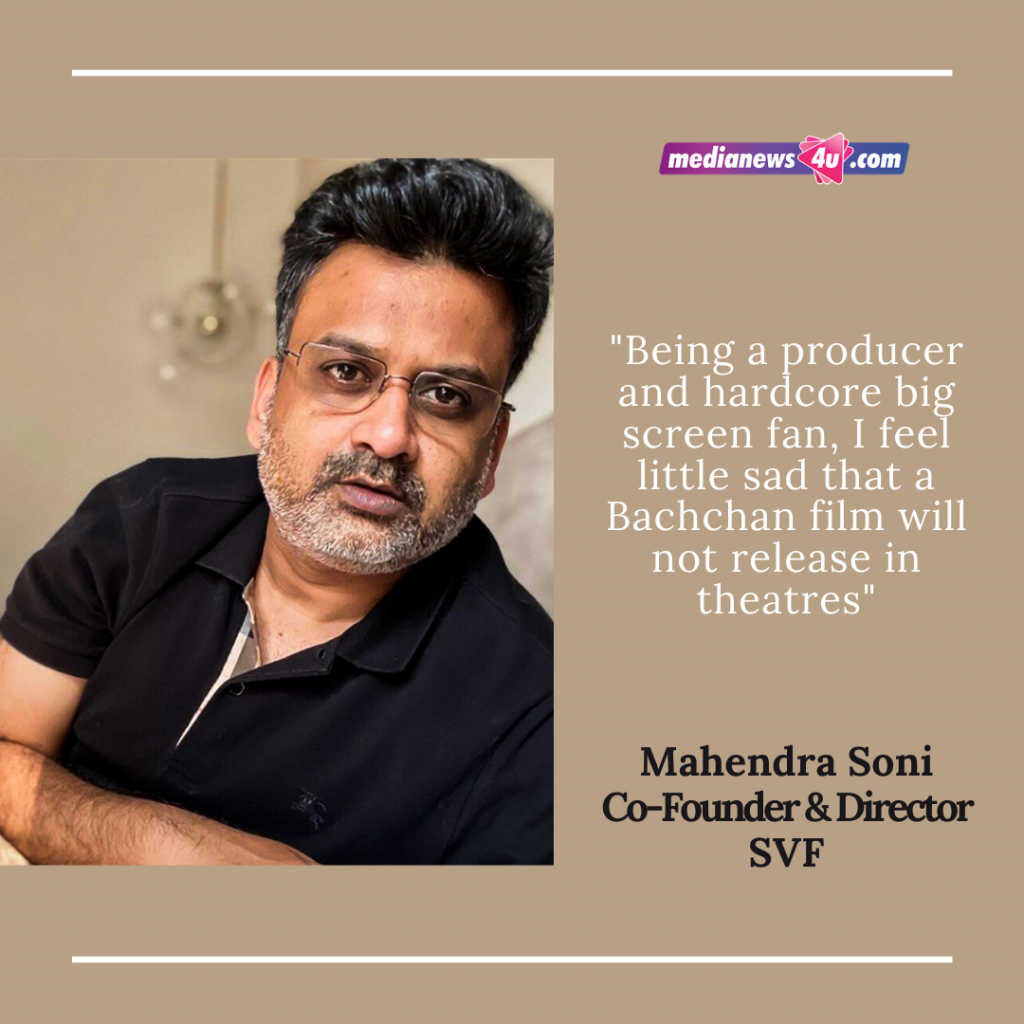 How will Multiplexes or even single theatres maintain social distancing and sanitation?

The Multiplex Association of India has released certain mandates that Cinema Chains across the country have to abide by which included rules & regulations on social distancing and how to maintain minimal human contact. Cine-goers have to be careful and restrict themselves so that these guidelines are followed diligently.

However big a film is there is a fear factor among the audience, how will it be addressed?

This is a very important question and I think filmmakers have seriously started thinking about this. There has to be a “sea of change” on the stories that we are going to tell to the audience; keep the new normal in mind to tell our new stories and honestly, we are yet far to ascertain the amount of impact that COVID would have on the viewing audience eventually. I mean, we still don’t know what the worst-case scenario is! 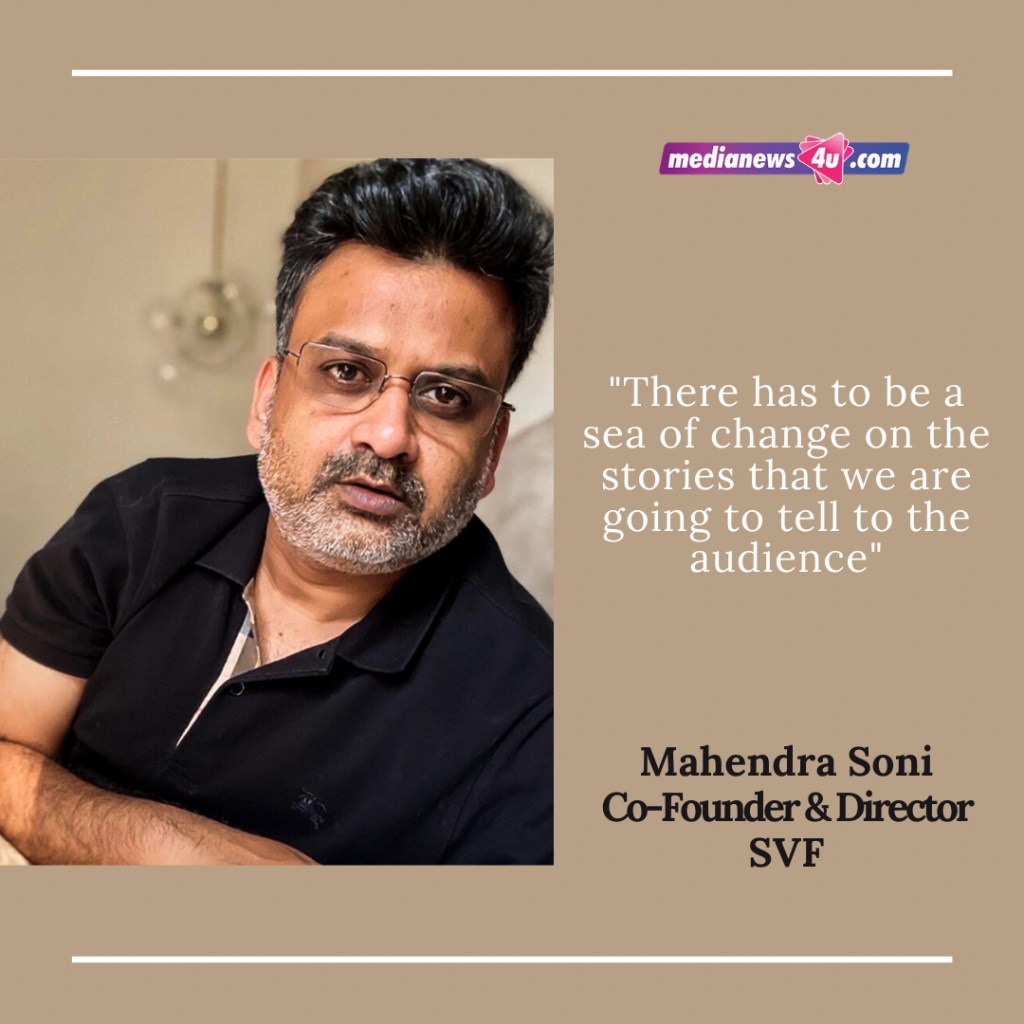 Will producers of small films benefit from a release on the OTT platform? How much will OTT platforms pay?

It depends on the kind of film being produced and the expectation out of it. If we consider a big cast, popular songs, and a well-mounted film, the marketing will be done in such a way that it reaches out to a maximum number of people, try to have as many as possible brand associations, do dozens of TV integrations and create that Friday buzz to get an opening. On the contrary, for me, if I have a non-star cast film with strong content, I might end up directly on OTT as I would get desired viewers over a period of time with strong WOM. Hence, in that sense, if producers of small films feel they will benefit from an OTT release, they are weighing in the options. As for the second question, it will depend upon the deal cracked between the two parties. 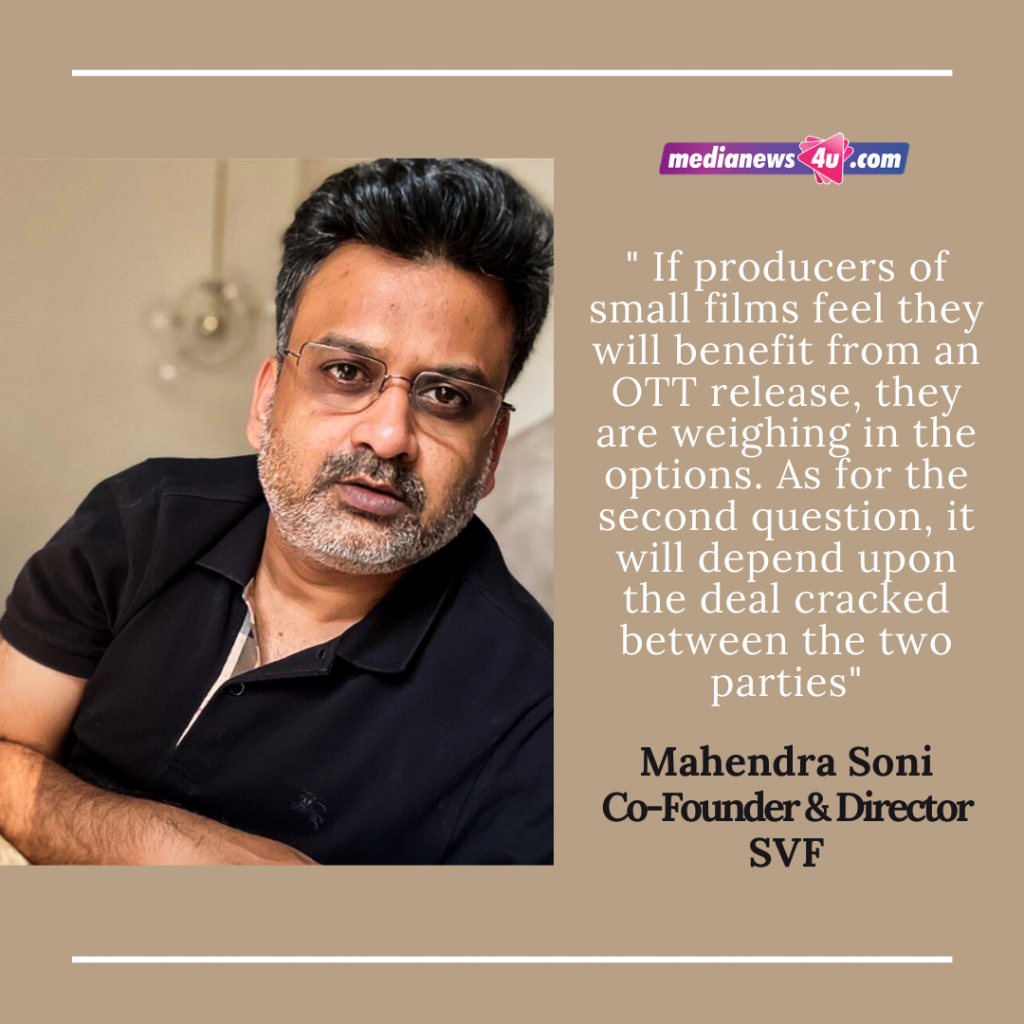 How will this decision affect the regional markets?

As of now I don’t think any big-ticket Bengali film is going directly to OTT. The reason being, mostly the prices offered right now for a digital premiere will not even cover 20% of the cost of production.