International : In yet another key announcement for the Middle East region, Global digital entertainment platform ZEE5, today announced its partnership with UAE based digital retail giant, the EUROSTAR Group. This strategic partnership will enable people across the GCC countries to access ZEE5’s huge library of 100,000 hours of entertainment content through subscription packs available at any of Eurostar and its partner outlets across GCC.

Customers in UAE and other GCC markets can now buy any ZEE5subscription pack by simply walking into their nearest EUROSTAR retail outlet and choosing between ZEE5’sdaily, weekly, monthly and annual subscription packs, at 1.49 AED, 5.99 AED, 18.99 AED and 149.99AED respectively without needing a credit card. Select outlets will also provide a full product demo for interested customers. 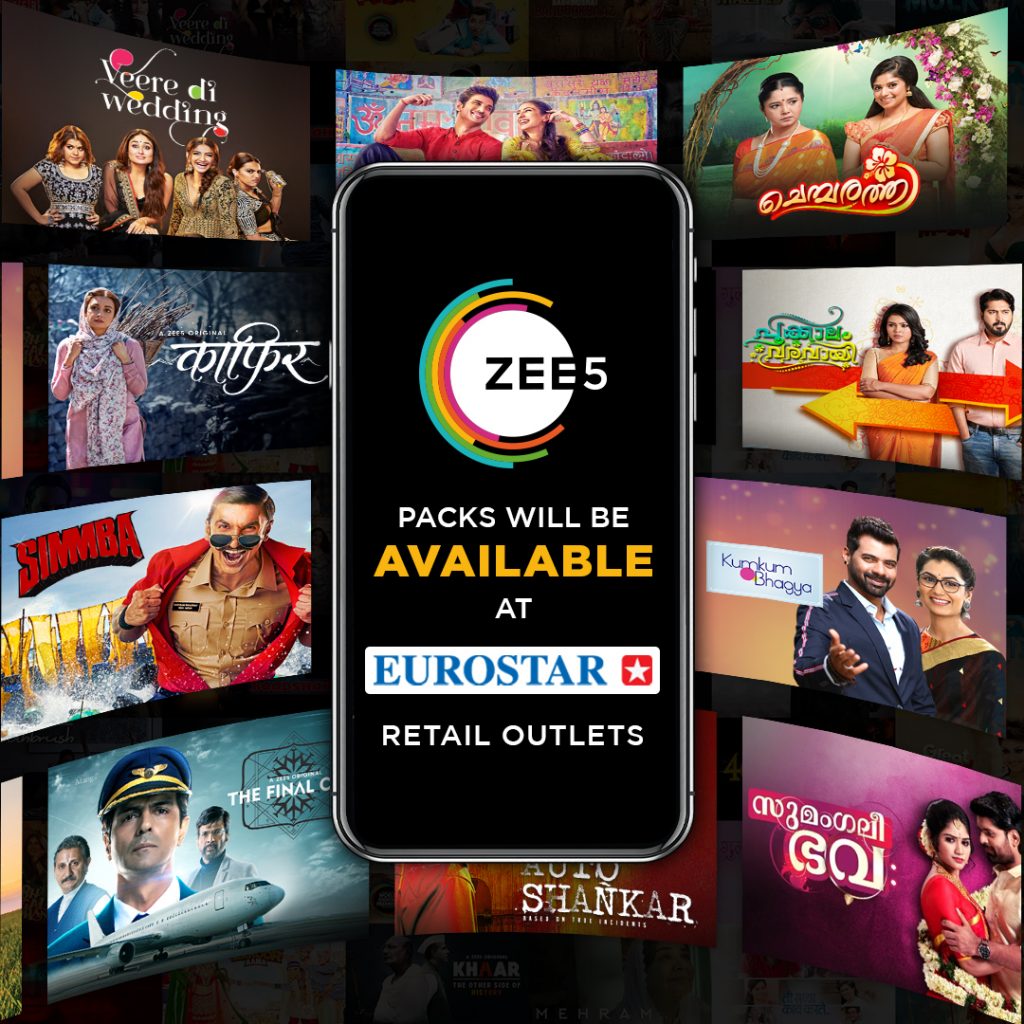 Archana Anand, Chief Business Officer, ZEE5 Global said, “With the largest range of Indian content including 2000+ movies and exclusive TV shows across genres, ZEE5 is fast becoming the go-to destination for Indian content for multiple audience segments in the GCCwho want compelling stories in the language of their comfort. Reaching these audiences through every touchpoint, to enable them to discover and experience ZEE5Is critical and enabling offline subscriptions via retail is a key initiative. We’re very happy to announce our partnership with Eurostar, one of the leading digital retail Groups across the GCC to make ZEE5 available through their outlets.”

Shaan Jethwani, Executive Director of Eurostar said “We are thrilled and privileged to join hands with ZEE5. The current paradigm shift on consumers TV watching, coupled with Eurostar’s legacy on Pay TV distribution along with ZEE5’s unmatchable content prepositions are poised for sure success and it’s going to create a new experience for audiences in their living room.”

Rizzle has been an important part of my content creating journey so far: Kajal Som- Rizzle

New Delhi: 335bazaar, a new model of Indian commerce that combines online and offline shopping experience for a billion Indians,...