The 14th Season of IPL starts on 9th April 2021. Every year IPL comes up with a unique way of promoting the event, this year they had MS Dhoni playing the role of a Monk, this ad broke the internet. Everyone is in love with the advertisement. These innovations in the IPL Campaign year after year are to attract audiences and create a buzz around it.

IPL’s iconic campaigns were, ‘India KaTyohaar’ campaign (2015), ‘Ek India Happywala’ campaign (2016), and the latest one, #IndiaKaApnaMantra. IPL is the most-watched cricket tournament in India; it not only brings a family together but the whole country together.

Today we give you a walk down the memory lane to a few past campaigns that have made IPL more memorable.

In the 1st season of IPL, the advertisement showed that IPL is nothing but a complete entertainment package that includes drama, suspense, and stereotypical Bollywood masala.

The 2nd season was played in Africa, the advertisement showed that any geographical boundaries will not affect the unity of IPL and the unity of people supporting their favorite players.

In the 4th season, the IPL famous theme tune was launched in the advertisement, in the ad we witness, everyone was well aware that the league had the tendency to keep us all tied to the television. The ad campaign hilariously pointed out the same with the campaign name “Bharat Bandh”.

In the 7th season Farah Khan, the Bollywood director became the celebrity face of IPL advertisement. Also, for the first time, Pepsi became the title sponsor. The ad showed how people would leave everything and go back home to watch the IPL match.

Season 10th was a celebration in itself as IPL successfully completed 10 years. The advertisement showed how the team celebrated during the last 10 years.

Last year because of the pandemic the IPL was held in Dubai in the month of November, the ad campaigns for this year 2020 showed how Indians had come together in solidarity to help one another and thank each other during such testing times.

Now, this year in the IPL Ad we witnessed, MS Dhoni is playing the role of MONK and is narrating the tale of ‘Hitman’ (Rohit Sharma) winning five IPL titles. With this Dhoni teaches that being greedy is nice if it helps in winning and one needs to wait to see if Mumbai can add another title to their name.

There were many who tweeted about it, 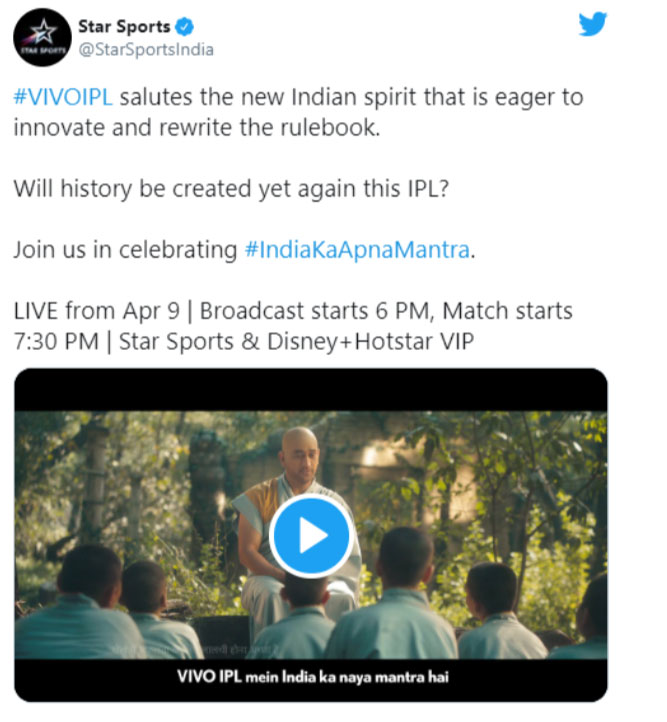 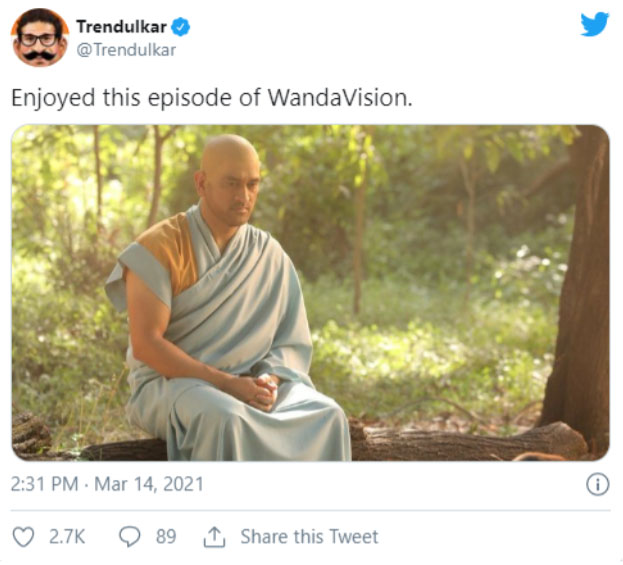 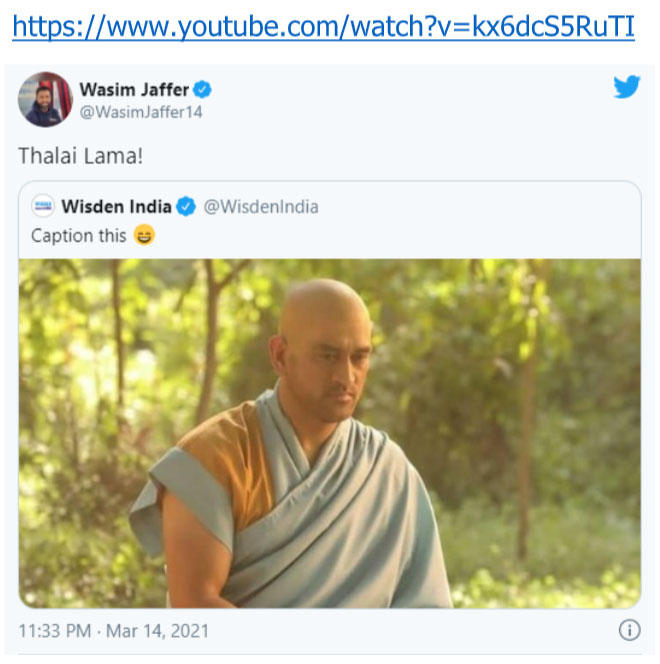 Apart from this, Disney+ Hotstar also celebrated the IPL with their advertisement “Indiakivibealagehai” with a slogan song. The advertisement captured inter-city rivalry and friendly banter, the anthem also showed the emotions of pride, heartbreak, and happiness, and of course celebration.