The global pandemic has been a great accelerator for the Indian SVOD market. With an annual growth rate of 28.6%, India is the world’s fastest-growing market for OTT platforms and is considered to become the sixth-largest market by 2024.

Disney+ Hotstar claimed a 23% market share SVOD market share in Q2 2021 and thereby earned a decent lead over Prime Video and Netflix, and is 2.5x bigger than the fourth player in India, Zee5, states Just watch report on SVOD market. 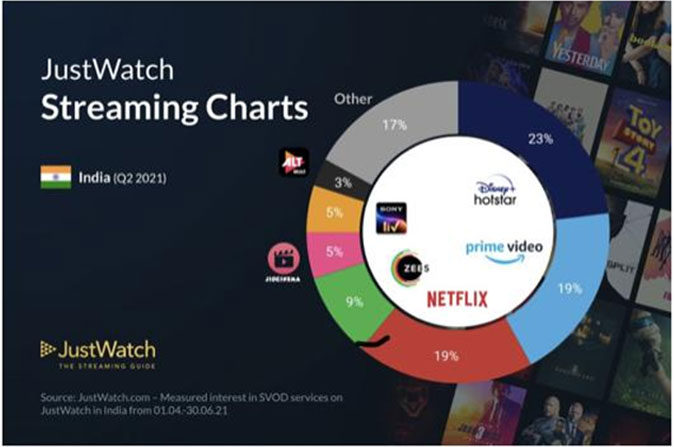 Amazon Prime Video and Netflix earned 19% share each.  Zee5 holds a 4% margin over the next biggest players, JioCinema and Sony Liv.

In particular, Disney+ Hotstar saw the strongest growth while Netflix and Prime Video had marginal changes. Of the local streaming services, Zee5 was the only one not to lose market share through Q2.