The duo have more in common than being on the Cannes Creativity Report’s top copywriters list – they are both daughters of proud admen.

There was enough reason to cheer for India at the Cannes Lions this year. So it came as no surprise when Indian names dominated the Creativity Report released annually by organisers.

Medianews4u.com caught up with Meghna Yesudas (#1) and Shruthi Subramanian (#10) who worked their way to the top 10 copywriters list in this year’s Report.

Both had a flair for writing since school. They also have something in common besides love for writing – they are both daughters of proud admen.

Meghna was always passionate about writing since school and recalls winning prizes in essay writing competitions. Her English teacher in seventh grade had said she would make a good copywriter before she even knew what it meant. After doing some research, she made up her mind even when in school – a decision that was also influenced knowing that her father worked in advertising.

As a child, she knew that her father worked for an ad agency but didn’t know what his work profile was.

“I used to watch whole advertisements on TV without skipping any, assuming that my contribution by viewing ads would help him earn money,” reveals Meghna.

Her father, S Yesudas, is Co-founder of Y&A Transformation and a media agency veteran who headed Vizeum and RK Swamy Media Group before turning entrepreneur. 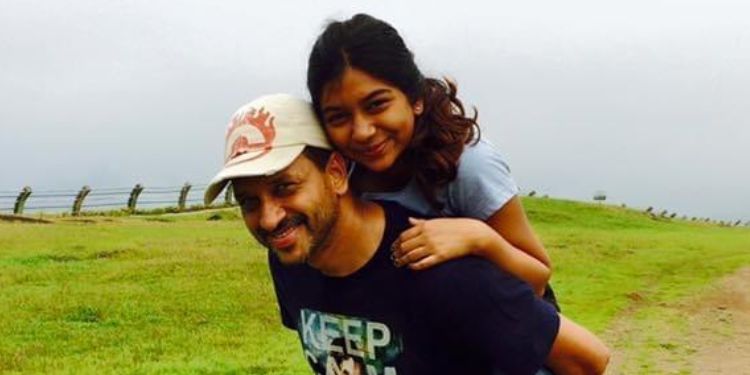 Meghna pursued Humanities in class X1 and X11 and went to Christ University in Bengaluru for a BA in English Literature, Media and Communications and Psychology. After college, she started watching case studies of ad films.

Graduating during the pandemic, she came across Dentsu Webchutney’s ‘Interns from home’ programme. Of the 600 applicants from across India, 50 were selected and she was among them. When an opening for a copywriter at Bengaluru came up, she was the first among the interns to bag a full-time offer. She would soon get promoted to Senior Copywriter.

At Webchutney, her first client was Google India. She was part of the team that conceptualised Google Search’s Diwali Easter egg experience. The initiative created in 2020 continues to feature on the search giant – type Diwali and the screen comes alive with diyas.

But the campaign that put Dentsu Webchutney and its talent on top of the world would come later, for Vice Media – The Unfiltered History Tour. Meghna was one of the main writers and worked as the social lead.

“I was very privileged and lucky to be a part of it, working with the greatest minds in the advertising industry; very grateful and owe a lot to them. In the short span of one year of advertising to be part of the list of top 10 copywriters in the world and that too at No.1 position was really huge,” she notes.

Lest we forget, the campaign was created during the pandemic. Meghna explains that the coordination across countries and platforms was a difficult task. From conceptualisation to execution, the campaign was mostly handled online. Just a month before it went live, everyone involved met at the Bengaluru office.

Meghna is now a Creative Consultant at CRED, handling copy and creative.

Copy for a Cause

Shruthi loved writing as a kid. She had also heard a lot of stories about the agency her father worked at and felt it was the kind of environment she wanted to be in.  Her dad Subramanian Padmanabhan, now VP at OTS Advertising in Hyderabad, has spent over 25 years in the business.

After visiting her dad’s offices – Ogilvy and FCB Ulka in Chennai – she was convinced about the agency life. Yet, while she had a passion for writing, she didn’t know anything about copywriting. In fact, her graduation was in information technology. 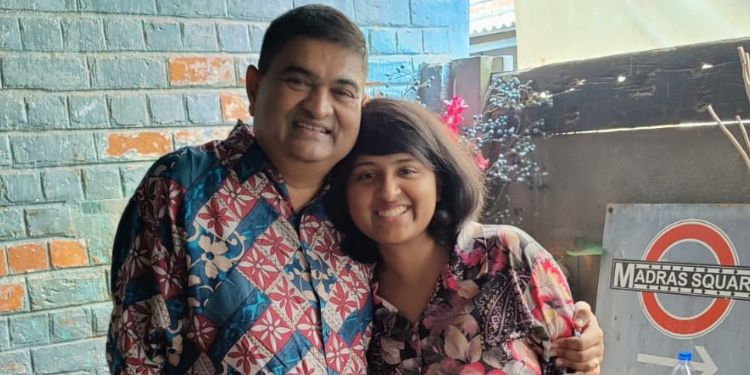 After graduation, she was in a dilemma. Should she pursue a Master’s in Computer Science or take a big leap and go to a portfolio school, the Miami Ad School in Berlin?

She explains, “It’s a school where you work on building a book so you can start applying for jobs. It’s a practical school where you have resources from the people in the industry who give feedback on work and you get an experience of working in an agency without actually working in one. That’s how I landed in Berlin for two years and once you are in the country it’s easy to get an internship so Munich was quite accessible. The school had a really good network so through them I got the internship at Serviceplan IO, Munich.”

That was from January to March 2021. She subsequently started as a Junior Copywriter from October that year is now Copywriter at the agency she interned at.

An app that she worked on as an intern, Dot Go, uses the smartphone camera to help visually impaired people navigate better. It not only detects objects but can interact with them. Her thesis during graduation on computer vision proved quite useful when working on the app.

This campaign won a Bronze Cannes Lion and she got a chance to grow that campaign after getting hired.

She adds, “In Serviceplan Innovation we create work specifically for start-ups to help them grow in their respective industries. Our approach is always tech-driven and focused on social impact.”

This year the team has been working on several long-term campaigns. Among them is the Dot Pad work that won a Titanium Cannes Lion.

It’s not just the father who seems to have influenced Shruthi. Her mother, Radhika Subramanian, who has a Masters in Agriculture, copy-edited scientific journals before going the start-up route in Bengaluru, promoting composting of kitchen wastes. She teaches people on a community level.

In their own ways, they are both out to make the world a better place.