Tata Sky continues to extend its lead in the DTH sector in the January – March 2020 quarter: TRAI data

Mumbai: The Telecom Regulatory Authority of India (TRAI) today released ‘The Indian Telecom Services Performance Indicators’ data for the January- March’20 quarter. Sustaining its growth pace for three quarters in a row, Tata Sky has solidified its lead yet again in the DTH and Pay TV category clocking in a market share of 32.33% and a growth of 2.1% in the quarter ending March’20.  According to the report, the Indian DTH service has displayed phenomenal growth since its launch in 2003. The total number of active subscribers with pay DTH operators (Tata Sky, Airtel, Dish TV, Sun Direct) in India in the quarter ending March 20 is 70.26 million. 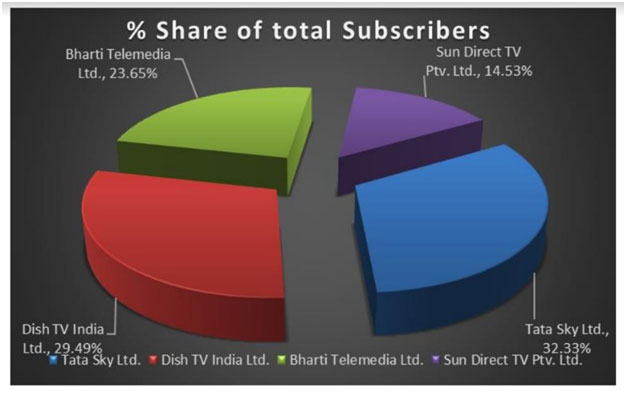 Commented a Tata Sky spokesperson on the report, “The TRAI report shows that Tata Sky has been consistently gaining market share and subscribers at a pace that is faster than any other platform. We believe this can be attributed to our customer-centric outlook. The overall increase in DTH subscribers is also a great sign for the M&E sector.” 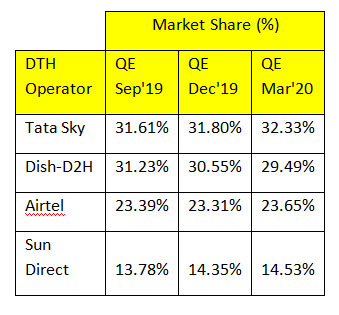