Nitin Karkare has been with FCB Ulka since 1986. He had joined the agency as a Management trainee and today he is the CEO, FCB Ulka. One word that is most often used to describe Nitin is cool. It is this trait that has helped him stay cool through 30+ action-packed years in advertising. Advertising was an instant career choice for Nitin after he finished his MBA in 1986. After starting off in FCB Ulka, Nitin joined Everest Advertising for a few years gaining valuable experience while handling the P&G business. He returned to Ulka in 1993. He combines an easy-going nature with an affable personality to forge an effective partnership with his creative team, who are ever ready to give their best for him at all times. Through his years in FCB Ulka, Nitin has given many clients a reason to smile. Be it Amul, Tata Motors, Zee, ITC, Wipro, or Zodiac. Beer and Bourbon (although never mixed) give Nitin a high. As do Tom Clancy, Ludlum and Forsyth.

Your journey with FCB Ulka, some learnings, and challenges during this journey?

I started with Ulka, it was not FCB Ulka then, on 16th July 1986. I joined as a trainee. After working with Ulka for three years, I moved to Everest for about 4 years and then came back to Ulka in 1993 and have been here ever since. It has now been over 30 years with Ulka.

Whatever I have learned in my professional life, most of it has been from Ulka, because of the number of years that I have spent here. What I have learned is that life is really about partnerships, with your people, with your clients, and with your associates. The minute you look at life through that lets you take a long-term view. There are no short-term measures, no shortcuts, you learn to play together for the long haul.Go through the ups and downs of life together, because there will always be good days and bad days. I think that is the biggest lesson I learned and, therefore in Ulka you will see people who have been together for a very long time, because that has become part of our culture, our DNA, you see clients who have been with us for a very long time. It is a belief that has been the cornerstone of what Ulka is and to me, that is the biggest life lesson.

What have been the challenges during this journey?

It’s the pace of change. The world has gone through many changes in the last 35 years that I have been working. I started in an era where television had just begun to blossom, then television became big and now digital has become big. 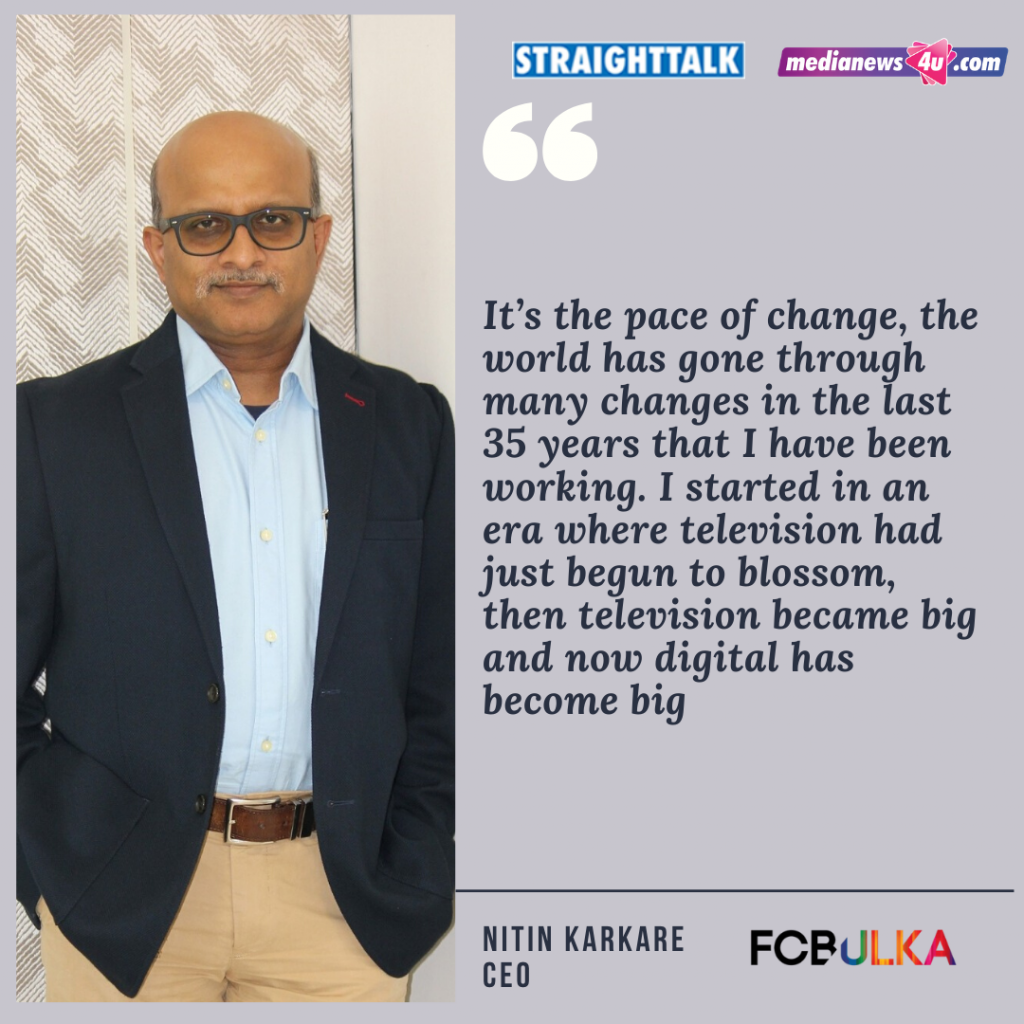 We have witnessed dramatic changes; I don’t think any generation has seen the kind of changes that we have seen. Therefore, its impact on consumers, business, and the pressure to stay current with the changing times is the biggest challenge and the biggest thrill.

Over the years how have brands evolved?

I will talk about brands overall and since you asked me also to talk about Amul. The evolution of brands has been largely driven by the evolution in the ecosystem. And like we had to adapt to those changes,so did brands. Because with the evolution the consumer was changing, their likes and dislikes were changing, what they were consuming was changing. Brands had to evolve and adapt to that like all of us had to.

In the case of Amul at its very core, it is still the same brand that was created by Dr. Kurien. The purpose with which it was created still drives Amul every day, which is maximizing returns to the farmer and giving the consumers the most affordable, wholesome, tasty products. As Mr. Sodhi says value for many, value for money. That core has not changed, what has changed is that Amul has grown exponentially. The size and scale have completely changed.

Can you cite some memorable campaigns you have worked on over this long association with FCB Ulka?

There are many memorable campaigns but let me talk first about some which are my favorite for Amul. There is of course The Taste of India in its many avatars, Manthan which is about woman empowerment and the cooperative movement and of course the unforgettable Doodh Doodh. I also am very proud of Amul Doodh Peeta Hai India.

Some of the others that I worked on over the years are Godrej Storwel, the“ Hum kuch aur jagah banaye” trilogy which was created in the late 1980’s.Then some of the work that we did on ITC foods -Sunfeast, Minto Fresh, Candyman, Nerolac particularly the iconic jingle, Zodiac, the recent Indian Oil – Pehle Indian, Phir Oil, The Tata Nexon IPL Campaign…I am also very excited about some of the new work that we are doing for ICICI and TVS. There are many more that I can’t immediately recall.

Somebody you look upon as a mentor, and specially what did you learn and what has held you in good stead throughout?

The name I am going to mention is not a mentor in the true sense, because I did not work directly with him, but he has been a constant source of inspiration – Dr. Kurien. I had the honor of interacting with him over many years and I learned a lot from him about his philosophy of partnership and how to nurture it, how to groom people and empower them, how to build institutions and how to consistently follow a path that you have embarked upon with conviction. Another big lesson was about putting integrity at the center of everything that you do. His life has been a huge source of inspiration. 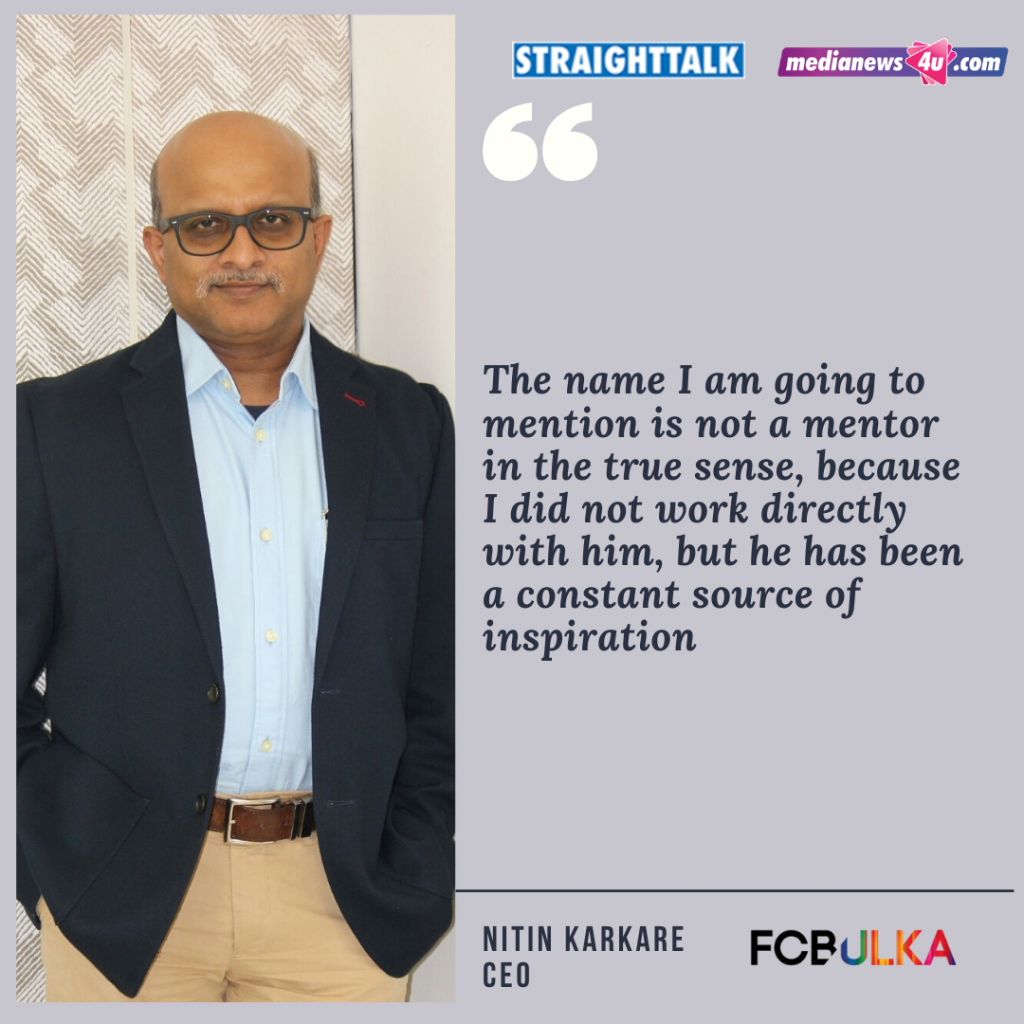 What are some of the activities or hobbies that excite you and what do you do on your weekends?

I am a film buff;I love watching Bollywood/Hollywood films as long as they are masala entertainment. I am not into anything cerebral in cinema, I love good masala entertainers.I like the big budget movies on big screen which I am missing a lot and I don’t know when I’ll get to see them in a cinema hall. I enjoy reading, but again pulp fiction, thrillers, I love reading Lee Child, Robert Ludlum, David Baldacci etc. So, it is really recreation, it is really to switch off from the hard pace and use this time to unwind and go into another world.

What are your weekends like, your sons are aspiring musicians?

Yes, I spend a lot of time with Sarthak and Shashwat whenever I can, hear them play music, create and compose music for their band UNOHU. It is fascinating to see a song evolve from scratch, just from what they call one hook, or one melody and then bit by bit, create a song. Now, they have also started recording and mixing at home, I get to see all that and how comfortable they are with technology and how easily they adapt to these things and imbibe them.

It is fascinating to spend time with them and Sulekha, my better half, who is a screenwriter, all three of them are creative people and I am the oddball, it is great fun to be in that world. 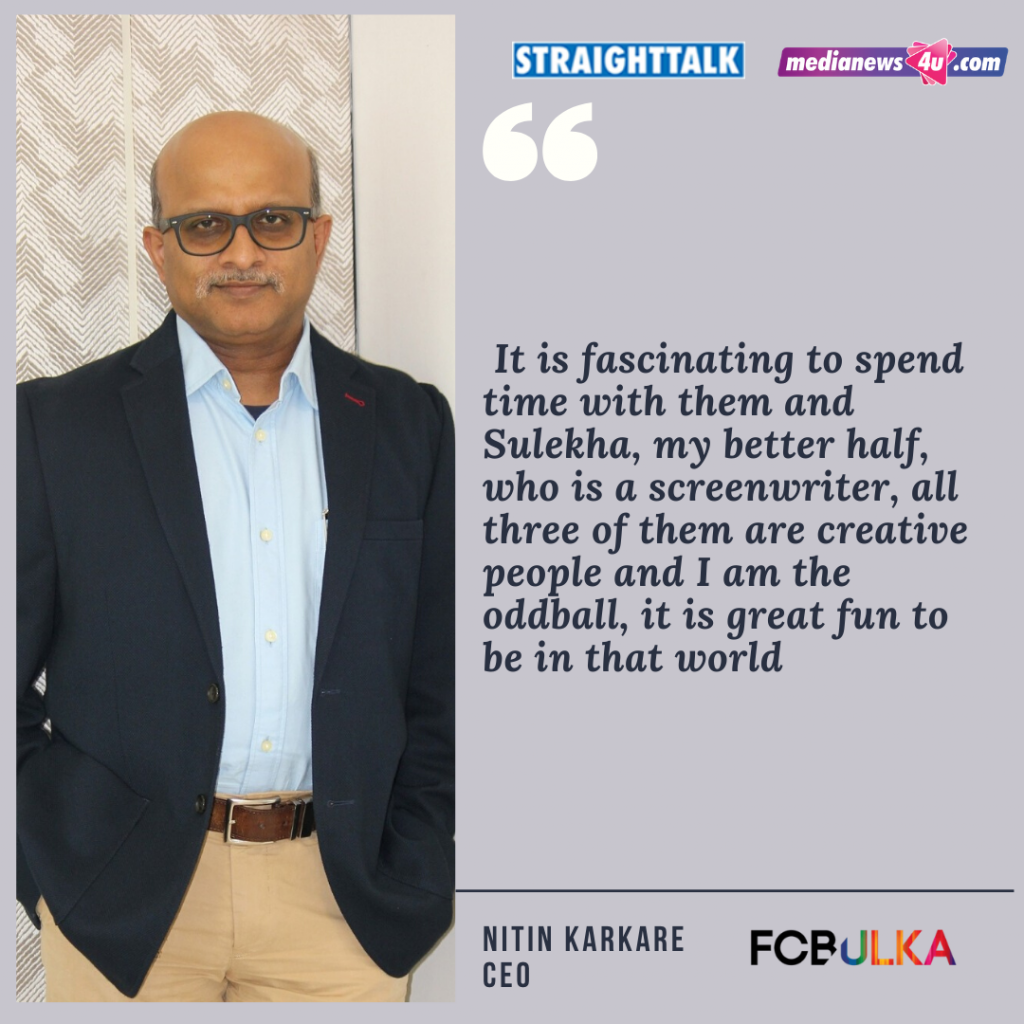 If not advertising, what would you have as an alternative profession?

Your personal mantra to young millennials joining this profession?

Consistency. Magic does not happen in a day, it is a lot of hard work, perseverance, conviction, courage and it’s all about staying the course and the results will come slowly. But once the momentum picks up, the results are not incremental they are exponential.

Specifically, what do you want to achieve personally, professionally in the next three years?

There are just two things that I am obsessed about right now, which is to make a positive impact on my client’s business, especially in these troubled times, and to ensure that people who work with me feel secure and safe -physically, emotionally, and financially.

Peeyoosh Pandey has been appointed as the Global CEO of Hoonartek, a company that offers enterprise transformation, lending & decisioning,...