Kochi: Short-films are no longer a smaller deal. Zee Keralam in a unique initiative runs a show in the channel to encourage the filmmakers of short-movies. The program titled ‘ Short Premiers’ will premiere short-films made in Malayalam. The filmmakers can now send their short films to zeekeralam@zee.esselgroup.com and to the WhatsApp number 7824074744. The last date for the entries is on June 10. The entries should be in Malayalam. A selected panel picks the best out of the entries and will screen those films in a prime-time in the channel in the coming days. 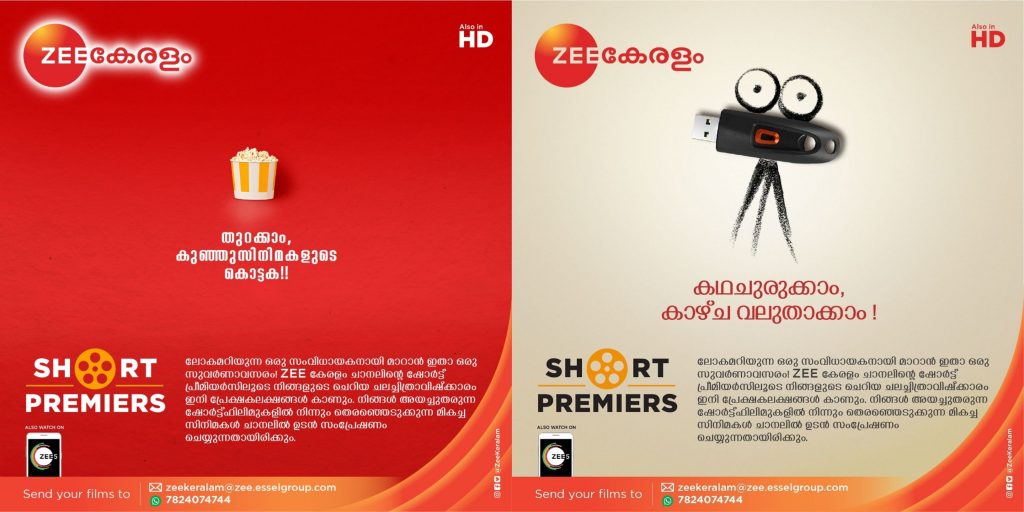 Zee Keralam said that they have initiated such a unique program to give a platform for budding film-makers. “During this lockdown, the industry saw a lot of creative work shot from the restrictions of everyone’s homes. Many aspiring filmmakers see the short-films as their stepping stone into the big world of cinema. Though very few get the desired attention for their movies, the rest would are deprived of viewers and appreciations for their films. Zee Keralam is choosing to balance that with this novel initiative. This initiative of Zee Keralam would give the filmmakers more space and opportunity to showcase their films,” said the channel.

Mumbai: Paytm Insider lets its users to book a personalized video message for your loved ones from their favorite celebrities...

Dentsu India, the creative agency from the house of Dentsu international, has launched a powerful film with its long-standing partner...