A brand’s power to attract audiences is tremendous and yet to be explored: Stanley Fernandes, BBC Studios

With over 23 years of experience in the Indian Media industry, Stanley Fernandes started off as a journalist, produced content for UTV, played a key role in the Disney’s Distribution team and currently is the Sales Director at BBC Studios.

In this Straight Talk, he talks about BBC Studios and their plans for the Indian market.

How has BBC Studios been doing in the Indian Market?

It’s a story of growth. It’s great to see the demand for British content grow and get recognised in a television space that’s mainly dominated by American content.  BBC Studios’ key shows and brands are across all leading linear and digital platforms. The BBC First branded block on Zee Café, is home to British Drama. Doctor Who that was on Star FX and is now on HotStar, Amazon Prime Video and Tata Sky. Top Gear is with ANX and Amazon.  Sherlock is with AXN and Netflix. We are on HOOQ, Hungama and Zee5. 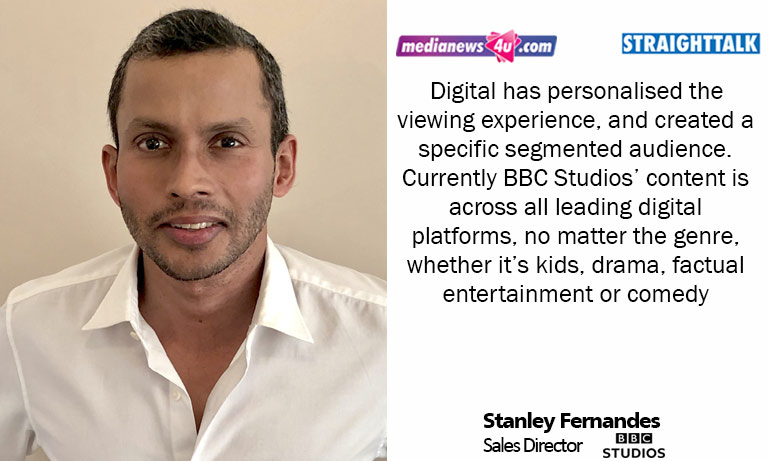 Our kid’s content is current across VOOT. Our factual entertainment content is acrossDiscovery, History TV18 and FoxLife. Our JV channel, Sony BBC Earth is home to all our key natural history, science and factual content. Today we can take a moment and look at BBC Studio content landscape and be proud of our achievements.

In the current explosion of OTT platforms and digital content all around a viewer, how difficult has it become to actually sell content?

Content is truly the ‘king’ at the moment. The fact is that the audiencehas evolved and so has the content to meet their needs.  You are now no longer catering to a single television household but also to individualswho can access content on mobile screens.

Digital has personalised the viewing experience, and created a specific segmented audience. You are now producing or procuring content for a specific set of viewers. Currently BBC Studio’s content is across all leading digital platforms, no matter the genre, whether it’s kids, drama, factual entertainment or comedy and that’s a true testament to our content being relevant to viewership demands and its ability to sustain viewers to a platform What innovations are you bringing inthe branded content space for your clients?

The power that a brand can garner in attracting audiences is tremendous and yet this is still a space that is being apprehensively explored. Purely speaking from a content sales perspective, we have a BBC First branded block on Zee Café; this is a primetime branded block that showcases the best of BBC Studios premium drama shows. Since the past two years we have had a successful run with phenomenal ratings; Zee Café has had the foresight to understand their evolving viewers and work with us to meet with this change.

Soon to launch will be year three of the block that will premiere keys shows like ‘Brexit’ featuring Benedict Cumberbatch and ‘MotherFatherSon’ featuring Richard Gere, to name a few. We have also tied up with a leading digital platform to launch CBeebies, our gobally popular kids’ brand; which too is coming soon. 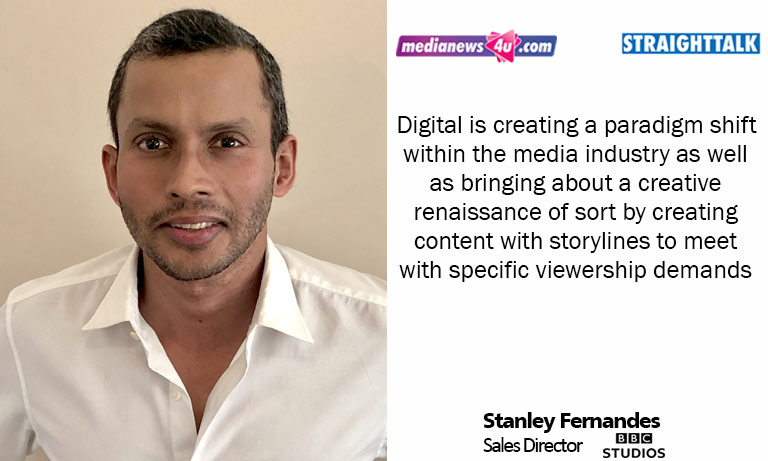 What according to you is the need of the hour?

I believe we are in a better space now, then we have been before. It’s been two years to our JV channel Sony BBC Earth, which is home to our iconic shows like ‘Blue Planet II’ and ‘Dynasties,’ amongst others. We are in production for originals with Netflix. Criminal Justice on Hotstar has outdid digital viewership trends. Our key brands and shows are on Amazon, Colors, Voot and even on our national broadcaster, Doordarshan. The demand for premium storytelling with relevance and high quality production values is the needdu jourand at BBC Studios we have always been geared for the space.

What are the key trends you map?

The second Roma won an Oscar for Netflix, that was a pivotal point of disrupt. It catapulted digital on par with theatrical.  Suddenly digital viewing was not ancillary viewing to that of linear or eventheatrical, it became a contender.Digital is creating a paradigm shift within the media industry as well as bringing abouta creative renaissance of sort by creating content with storylines to meet with specific viewership demands.

The other key trendwe need to watch out for is the impact of Social Media in shaping viewing trends. The digital space is still nascent to us and our success within this space lies in the understanding of its dynamics.

According to you has the TRAI’s New Tariff order boosted the digital content space?

Here’s the thing, globally the viewership trend is steering towards digital as a means for viewing content and that has nothing to do with TRAI. The trend for now, is that we are accessing content though various touchpoints; a television setcan do a lot more and so can a mobile screen then before. If you are asking, is linear television on the decline, I would have to say ‘no’, however, how we access linear television, that will evolve.  Technologyhas evolved and our viewing habits are adapting to the change. 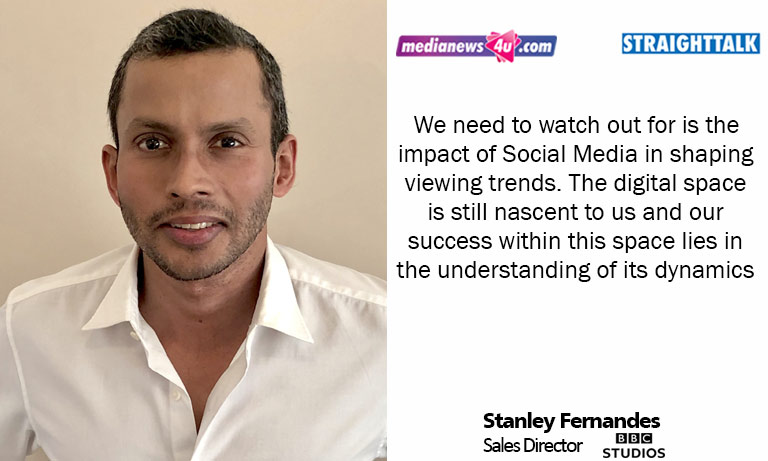 What have been some of the most important learnings over the years?

One size does not fit all; it’s a collaborative approach with the platform, understandingthe audiences and recommending content genres or shows that will resonate with the targeted segments is crucial to the success of a sale.

At BBC Studios, our catalogue is ready to cater to various viewership segments, right from Tier1 to Tier 3. From pre-school to the culturally nuanced viewers; we know our content repertoire well and the platform understand their audiences, hence it not about emulating what’s working well as a trend, rather, what’s working well for the platform’s audiences.

When advertisers empower themselves with real-time data, they have a real-time gauge of consumer interest: Adam Singolda, Taboola

Taboola helps people discover what is interesting and new. The company’s platform and suite of products, powered by deep learning...

Shifted our focus from profitability and growth to managing cash and liquidity: William Boulter, IndiGo

The new normals in a world where Covid-19 unfortunately is becoming a part of our life will bring about many...

New Delhi: The last five years have witnessed tremendous changes in the news business. More stories have been read, watched...

Fourth Dimension Media announces its Chapter 2 of Unlocking Media in Tamil Nadu on August 21, 2020 at 2pm